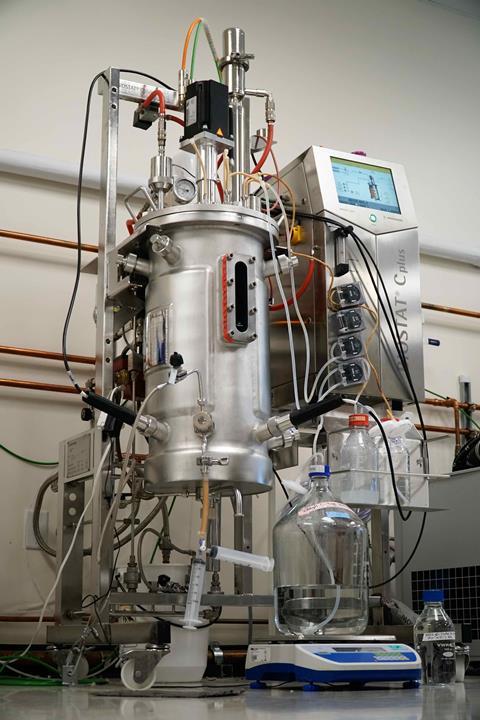 This technology could shorten the production timeline for crucial medicines from as much as five years down to a matter of weeks. The approach reconstructs multi-step biochemical pathways for producing complex molecules, offering an alternative to conventional synthetic chemistry.

Chief executive Christina Smolke has spent 20 years studying how biological systems, especially plants, produce bioactive compounds. She co-founded Antheia in 2015, building on her continuing work at Stanford University, and previously at the California Institute of Technology.

A large proportion of medicines worldwide, including many on World Health Organization’s list of ‘essential medicines’ are derived directly from medicinal plants. These critical medications are produced by farming medicinal plants and then extracting the active ingredient, or a molecule that is later chemically modified, from that plant biomass. Such manufacturing approaches are prone to delays, and are not very agile.

‘When we have these types of supply chains, it can take two to five years to actually produce those active ingredients,’ Smolke says. Growing the crops can take one to five years. They then need to be harvested and processed, which often involves being shipped elsewhere. Antheia’s biomanufacturing technology can remove plant growing from the supply chain entirely. 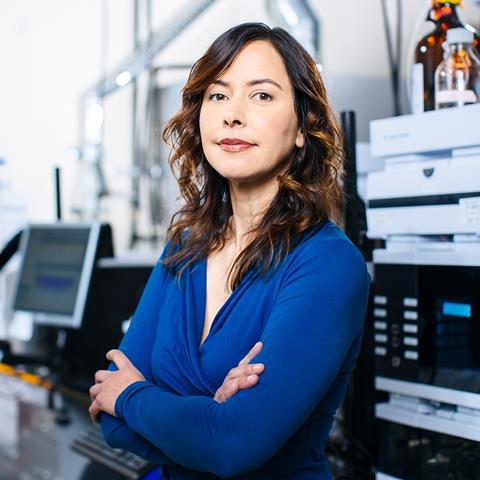 ‘Instead of farming our medicines, we’re now able to brew them,’ Smolke explains. ‘We take a microorganism like brewer’s yeast and we modify the DNA so that what we are reconstructing the biochemical processes that have evolved naturally to occur in plants and other organisms.’ Antheia calls this process ‘whole-cell engineering’.

Previous synthetic biology methods can reconstruct relatively short and simple pathways with five to six enzymes and few chemical reactions, which limits the plant-derived medicines that can be explored and manufactured. By comparison, Antheia says its technique engineers the cells to make dozens of enzymes and transporters that work together to turn the cell into a miniature factory for efficiently assembling extremely complex molecules.

‘The wonderful thing about this is that it allows for very rapid manufacturing,’ Smolke says. ‘The fermentation process [takes] a matter of days, up to a week, and then we recover the active ingredient from that fermentation broth, which can take another week – basically giving us about a two-week process.’ This not only saves time, but also gives the whole process greater resilience, agility, and control, Smolke says.

The Covid-19 pandemic has highlighted the vulnerability and fragility of pharmaceutical supply chains. Unexpected events can break that system through spikes in demand or trade breakdowns. Currently, it can take years to increase production of a given drug. However, Antheia says its whole-cell engineering approach is rapidly scalable, and it allows for a more rapid response to such incidents. 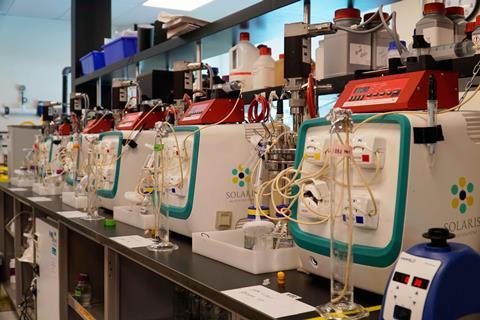 ‘If you look at our current supply chain where you rely on farming crops, it is very geographically constrained and concentrated in particular areas of the globe because these medicinal crops require very specific climates to grow and produce the quantities of these active ingredients,’ Smolke explains. Natural disasters like fires or extreme weather events can also wipe out harvests or deplete supplies, and geopolitical conflicts can cause similar disruptions. In contrast, she says, ‘biomanufacturing and fermentation can be done anywhere – basically where it’s needed.’

Smolke is excited about US president Joe Biden’s renewed focus on supply chain resilience. Earlier this year, Biden issued an executive order directing a ‘whole-of-government approach’ to assess vulnerabilities in, and strengthen the resilience of, critical supply chains underpinning key sectors like pharmaceuticals.

Meanwhile, Antheia says it has already produced its first molecule, a key starting material for a number of essential medicines, at pilot scale. The resulting material was chemically equivalent to that extracted from plants, the company says.

Origin: Spin-out from Stanford University, US