Budget boon for science and industry

Science and industry were offered a few nuggets of cheer during a political pre-election budget from Alistair Darling, the UK’s chancellor of the exchequer. The budget contained extra funding for science and engineering education, support for university innovation, investment in green energy, and lending guarantees for small businesses. However, the impending general election means that many of Darling’s measures could be reversed - the Conservative party has already said it will hold an emergency budget within 50 days of taking power if it wins the election.

The announcement of an extra ?270 million of funding for 20,000 new university places in science and maths is something of a double-edged sword as universities will still be expected to make savings elsewhere. However, university scientists will benefit from a ?35 million enterprise fund to promote spin-out companies, with the aim of exploiting the commercial potential of the country’s research base.

’The government’s additional support for educating the next generation of science and engineering graduates is needed. Their skills are in demand by employers and will be vital for re-balancing the economy,’ claims Nick Dusic, director of the Campaign for Science and Engineering. However, he bemoaned the lack of clarification about how the government plans to reconcile the previously announced ?600 million cuts to the higher education budget with Lord Mandelson’s commitment to protect spending on science.

Green energy was also on the agenda, with the announcement of plans for a Green Investment Bank to fund low-carbon industries. It will invest ?2 billion of public and private sector cash and will focus on funding new energy and transport projects. Much of the initial focus is expected to be in offshore wind electricity generation. 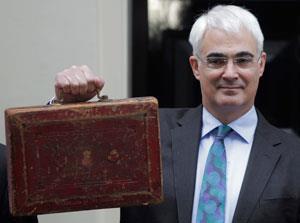 The bank has been welcomed by Friends of the Earth, which has been campaigning for such a set up for some time. ’It should be a crucial building block in the creation of a safe, clean and prosperous future,’ says executive director Andy Atkins. ’This bank will provide crucial funds for major green developments which will slash emissions, increase our energy security and create thousands of new jobs. We must do much more to build a low-carbon economy, but today’s announcement is a massive stride in the right direction.’

However, the Chemical Industries Association (CIA) is disappointed that the budget did not address energy security and competitive prices, or the importance of improving gas storage capacity. ’While we welcome investment in a broad energy mix, it is important to recognise that increased wind capacity does very little to increase reliability of energy supply,’ says its chief executive, Steve Elliott. He was also disappointed there was no rethink in the planned reduction of the climate change levy rebate that would penalise energy saving businesses.

Business has been hard-hit by the recession, and a one-off growth package of ?2.5 billion was announced, designed to help small businesses, promote innovation, and invest in national infrastructure and key skills. The chancellor also announced that half a million companies will benefit from a one-year cut in business rates from October, and investment allowances for small businesses will double to ?100,000. And entrepreneurs will be encouraged to invest by a doubling of relief on capital gains tax to ?2 million.

A lower rate of corporation tax will also be introduced for income generated from innovations patented in the UK. ’This would have been even better news for UK manufacturing and the broader economy if implementation occurred before 2013,’ says CIA’s Elliott.

These measures to help business were welcomed by the British Chambers of Commerce. ’After two years of economic downturn, the chancellor has clearly recognised the need to place business at the heart of this budget. Doubling the annual investment allowance, help with business rates, and allowing entrepreneurs to keep more of their gains will prove especially popular,’ claims director general David Frost. However, he bemoans the lack of clarity on budget deficit reduction. ’[He] could have done more to set out a clear plan for the reduction of the budget deficit, which continues to threaten business confidence and investment.’

The general opinion was also positive at the Confederation for British Industry. ’There was more support for business than might have been expected, with a series of modest but helpful changes,’ says director general Richard Lambert. ’However, it is the fiscal decisions over the next 12 months that will really determine the UK’s economic future.’