Cash lures top achievers away from US science

The highest academic achievers are leaving science and technology faster than those who obtain lower grades, says a new report published in the US. The findings add further weight to the long standing belief that better paying sectors are creaming off the top talent from the science sector. However, the report has met with controversy in the scientific field, with questions over data sets and whether it provides any useful insight for the future.

Published by researchers from Rutgers University and Georgetown University in the US on 28 October, the longitudinal study1 tracks the proportion of science, technology, engineering and mathematics (so-called ’Stem’) students staying in the field and looks at how this has changed over the past 30 years. The outcome confirmed earlier findings2 that the proportion of students studying Stem subjects in the US had remained constant over the past 30 years.

The researchers also looked at how these patterns differed depending on marks the students achieved during their school and university education, and found that ’the higher performing students leave the [Stem] pathway at a greater rate than lower performing students,’ says report author Harold Salzman from Rutgers University. The researchers also found that this loss of the cream of the class (those in the top 20 per cent, based on grades at school and university) had accelerated in the last 30 years. 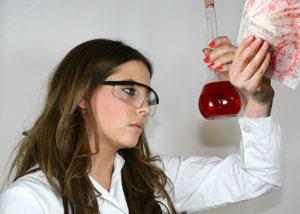 ’This is a market driven story,’ says Salzman when asked to speculate on the cause of this migration away from Stem careers. ’Labour markets work pretty much like normal markets, and the most talented are being bid away into other fields that are paying more.’

The researchers based their study on data from large surveys that the US Department of Education and Department of Labor have been running since the 1970s. ’Each data set has its limitations but these are about as good as they come,’ says Salzman.

Other experts are not so sure. Shirley Malcom, director of education and human resources at the American Association for the Advancement of Science, told Chemistry World that the report ’is the kind of thing that should be taken with a grain of salt.’ She specifically expressed concerns that the population had not been divided up into different ethnic groups. ’It’s not what it says, it’s what it doesn’t say,’ she adds.

Caroline Tolond, careers advisor at the UK’s Royal Society of Chemistry, also comments that the report does not take into account those who may not currently be in traditional Stem roles but still draw on their Stem background. ’For example, I have a chemistry degree, but would now classify myself as a careers advisor. But I am absolutely drawing on my Stem background to do my job, and this is a subtlety that these questionnaires are often unable to pick up.’

Gazing into the crystal ball

Experts have questioned whether this latest report actually provides any useful insights for the future of Stem. ’I’m not sure that the patterns they report on are the patterns you are going to see in the future,’ says Malcom.

’In today’s world, where there may not be the same ludicrous amounts of money to be made in the finance world, students may not be making the same types of choices that they made in the past,’ she adds.

’It’s reasonable to expect that as Wall Street changes the way it does business, tech firms may be able to compete better for the best students,’ adds Salzman.

Malcom says that the ’Obama-effect’ may also keep more of the top students in the field. ’With a young, aggressive president who has become a cheerleader for science, technology and engineering as a way of addressing the country’s and the world’s challenges, I think that young people are being called once again to join these fields.’

1. B L Lowell et al, Steady as she goes? Three generations of students through the science and engineering pipeline, Institute for the Study of International Migration, Georgetown University, October 2009.

2. B L Lowell and H Salzman, Into the eye of the storm, The Urban Institute, October 2007