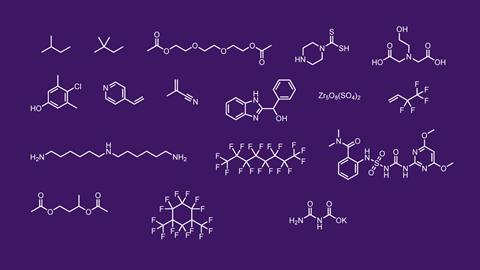 As the 31 October deadline for the UK’s withdrawal from the EU looms, the European Chemicals Agency (Echa) is urging chemical companies to step up preparations for a no-deal Brexit scenarioin which the UK would immediately leave the EU without a withdrawal agreement.

Echa is advising companies in both the UK and the other 27 EU member states to act now to avoid disruptions in supply. Under the Reach (registration, evaluation, authorisation and restriction of chemicals) regulations, registrations made by UK manufacturers, importers will become void in a no-deal scenario, if not transferred to companies or representatives based in the EU.

The European Chemical Industry Council (Cefic) and the UK Chemical Industry Association (CIA) revealed earlier this month that around 48% of UK chemical companies have not yet transferred their Reach registrations to EU-based entities. Echa has published a list of around 750 chemicals at risk of being withdrawn from the EU market after the end of October, in the event of a no-deal Brexit.

Echa suggests that it isn’t technical difficulties that have prevented these companies from transferring their registrations. ‘We are reluctant to speculate but we know that the transfer of registrations is not technically complex, so we can rule that out as a reason,’ the agency tells Chemistry World. ‘What we can say is that, ultimately, the issue is about business decisions that companies have to take under significant uncertainty.’

‘We know that many companies have made preparations for a potential transfer, but are waiting for more certainty regarding Brexit,’ said Cefic and the CIA. For example, a company could have conditionally appointed an EU representative to take control of their registrations if required. It’s not clear how many of the substances on Echa’s list are covered by such arrangements. In the meantime, the trade bodies stress the importance of effective communication throughout chemical supply chains to ensure that downstream users are fully informed about the availability of their raw materials after Brexit.

The CIA is advising businesses to initiate transfers, but not complete them, since completion can only take place after the UK has left the EU. ‘One reason businesses may be holding out is that once in the transfer window registrations cannot be updated or changed,’ the organisation states.