Volkswagen has been caught out evading nitrogen oxides (NOx) emissions regulations, but precisely how it did so and why is still unclear. With the company set to recall millions of cars in the US and Europe, it is uncertain if the engines affected by the ‘defeat device’ can be fixed. Certain components may fail when proper emission controls are switched on, say some experts. 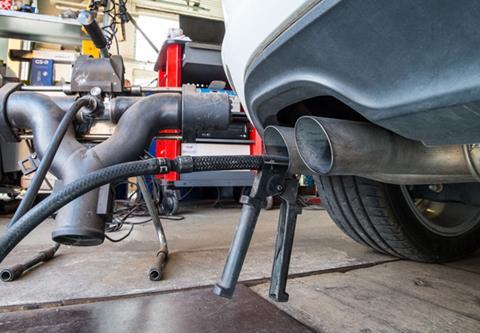 How and why Volkswagen cheated emissions tests is still unclear

Volkswagen’s share price and reputation has plummeted since the US Environmental Protection Agency (EPA) announced that the company installed sophisticated software to detect emissions testing in some of its cars. The cars switched full emissions controls on only during the test. During normal operations the cars emitted up to 40 times more NOx than they would have done with emissions controls working properly. The EPA described the defeat device as illegal and ‘a threat to public health’.

Nitrogen dioxide and nitric oxide pollution is linked to serious health problems and contributes to the formation of harmful particles and ground level ozone. Cities around the world have struggled to deal with high NOx levels. The EU has set tough limits on NOx pollution but many member states have struggled to meet them. The UK was recently told to take ‘immediate action’ on high levels of nitrogen dioxide by the country’s supreme court.

NOx are an inevitable consequence of high temperature combustion; once temperatures exceed 2000°C, nitrogen and oxygen will react to form these oxides. Diesel ignites when compressed in an engine, so it runs ‘lean’, meaning there’s a high air to fuel ratio. This allows the diesel to burn more completely, but makes it more difficult to deal with NOx. Petrol engines run stoichiometrically, matching oxygen to fuel, and deal well with emissions using catalytic converters.

VW’s cheating was caught by chance. Given the stricter NOx emissions criteria in the US, the International Council on Clean Transportation wanted to see how US versions of diesel cars made in Europe fared in real world tests. ‘We chose a VW Passat, a VW Jetta and BMW X5, but we did that by technology, not by manufacturer,’ says Arvind Thiruvengadam, a mechanical engineer at the West Virginia University, US, who led the tests.

There are two main technology options to cut lean NOx tailpipe emissions. The ‘lean NOx trap’ was an early technology applied to diesel cars. ‘It’s a technology that uses alkaline earth or rare earth oxides such as barium oxide or cerium oxide [along with noble metals] to grab nitrogen oxides and form nitrates, like barium nitrate,’ explains Timothy Johnson, director of emerging technologies and regulations at Corning in the US, which makes emissions control technology. ‘They need to be regenerated by running rich – that is in an oxygen starved environment – for short periods of time.’ ‘The penalty you pay for the NOx trap is you inject more fuel every few minutes to clear it,’ says Wolfgang Grünert, industrial chemist at Ruhr University Bochum in Germany. It’s often used on smaller cars such as the VW Jetta, which failed the emissions tests in California.

The second technology is selective catalytic reduction (SCR), used on the BMW X5 – which passed the tests – and the VW Passat – which didn’t. Here, urea is injected into the exhaust stream, evaporates and breaks down into carbon dioxide and ammonia. Typically, the ammonia and NOx then enter an iron or copper zeolite, and react preferentially to form water and nitrogen.

‘SCR technology is much better at removing NOx with high efficiency without nearly as high a fuel penalty,’ says Johnson. ‘But because there are fixed costs associated with delivering the urea, NOx traps are often a lower cost approach used for small vehicles.’ In addition, an engine has to be calibrated as to when to spray urea and how much, and the exhaust temperature should be around 150 to 200°C for SCR to work.

When Thiruvengadam arrived in California, the cars had already been lab tested by the California Air Resources Board. All passed. The same cars were then taken for real world tests. ‘When SCR is working you get nearly zero NOx emissions from the tailpipe,’ says Thiruvengadam, who began following NOx emissions in real time on roads using a portable emissions measurement system. From past experience, he knew that if a diesel hits traffic, NOx emissions can go up five to six times higher.

‘Rush hour traffic is a killer for SCRs. You spent a lot of time idling and creeping and the engine exhaust never gets up to sufficient temperatures. This is what we were looking at,’ he explains. ‘None of the lab cycles represent a car idling for an hour in rush hour traffic outside LA.’

Pretty soon, with the car cruising around 40mph on the highway, the researchers saw something unexpected. ‘We had excellent conditions for NOx conversions, yet we were seeing levels 20 times higher. At 40mph, we never saw NOx go down. That means something is wrong.’

The Jetta tested emitted 15 to 35 times more NOx than EPA standards, and the Passat 5 to 20 times. The EPA and California Air Resources Board began to ask questions of Volkswagen. Eventually the company owned up to its cheating; affected models in the US included Jettas, Beetles, Audi A3s, Golfs and Passats. A pall of suspicion has been cast over the entire industry; many suspect, if not cheating, car companies have been optimising vehicles for tests, not roads. Cheating has happened before with trucks.

‘There’s a dilemma for manufacturers. Any technology that reduces emissions will tend to reduce fuel economy as well,’ explains Hongming Xu, mechanical engineer at the University of Birmingham, UK. ‘If you remove all restraints on emissions, then the vehicle fuel economy should be better.’

What the VW car computer did once it detected test conditions remains a mystery. ‘It could be that they went into an aggressive urea injection in the lab, to get very low NOx levels; on the road the manufacturer cannot do that. It would use up a consumable and the customer is not going to be happy about refilling a urea tank after 2000 miles, instead of 10,000,’ says Thiruvengadam.

But he remains unclear whether there was a fuel advantage. ‘That might not be the reasoning,’ he says, before raising worries for VW and VW owners. ‘It could be related to component failure. To meet low emissions, you are putting more wear and tear on other emissions components. As a manufacturer, if you saw repeated failure in some components, you could do a work around and say let’s pass the emissions test and then be more conservative on emissions compliance on the road, which will extend the life of the parts.’