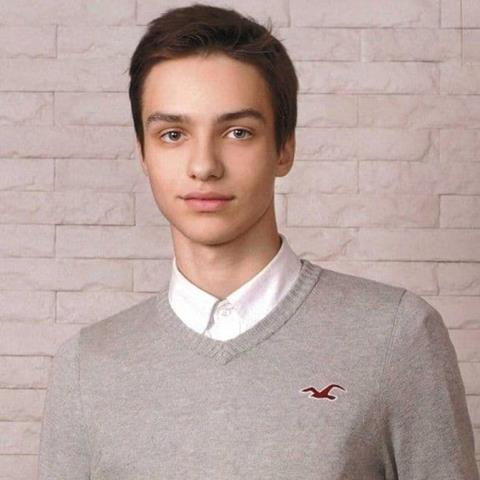 As the Lukashenko regime continues to crackdown on pro-democracy sympathisers in Belarus, one of the latest to be imprisoned is 20 year-old Artsiom Bayarski who was studying chemistry at Belarusian State University (BSU). He has been given a five year prison sentence after being found guilty of creating and running an extremist group, and violating public order. Human rights organisations say he merely attended a peaceful demonstration.

Bayarski was first detained in November 2020 after the ‘March of Elderly People’ in Minsk that saw several thousand pensioners protest against state violence directed at the country’s pro-democracy movement. After a short prison sentence, he was arrested again in March, according to Viasna, a Belarusian human rights organisation. Bayarski reportedly told his lawyer that while in detention he was beaten by police until he recorded a video confessing to being an administrator of a protest chat. This was then posted on a social media channel run by a pro-regime propagandist. He was held in prison until his trial in November, which was conducted behind closed doors.

Bayarski, who received four scholarships for ‘talented youth’ from the special fund of the President of Belarus, was expelled from BSU last year but gained a place at Vytautas Magnus University (VMU) in Lithuania to start a bachelor’s degree in biotechnology. Last November, VMU publicly expressed concern about Bayarski, particularly ‘regarding signs of physical and psychological abuse’. It requested that Bayarski be allowed to study in Lithuania.

When he was found guilty in December, the US Embassy in Minsk tweeted: ‘Artsiom Bayarski is the future of Belarus. Bright chemistry student; son of hardworking parents; descendant of a WWII hero & a Jewish community leader. Artsiom’s case lays bare the cold inhumanity of the regime towards [Belarusian] citizens.’

Artsiom Bayarski is the future of Belarus. Bright chemistry student; son of hardworking parents; descendant of a WWII hero & a Jewish community leader. Today he was sentenced to 5 years in prison. Artsiom’s case lays bare the cold inhumanity of the regime towards BY citizens. pic.twitter.com/aH50dsd57R

Sadly, Bayarski’s case is not unique. The Belarusian Students’ Association has collected evidence of 492 detentions of students, 246 cases of politically motivated expulsions, and 52 criminal prosecutions against students up until November.

As of 5 January, 968 people in Belarus were considered to be political prisoners, Viasna reports. These include bloggers, businesspeople, presidential campaign members and peaceful protesters who participated in gatherings, expressed opinions and were involved in political activities.

Most of these people were targeted in connection with the events that took place during and after the presidential election of August 2020. This was a catalyst for ‘the most egregious crackdown on freedoms of expression, peaceful assembly and association in Belarus’s post-independence history’, according to Amnesty International. Opposition candidates and their associates were arrested on false charges or exiled. Police dispersed demonstrations using ‘excessive and indiscriminate force’. Tens of thousands of peaceful protesters and bystanders were detained, and many of them tortured or ill-treated. Journalists, medics, students, union leaders and others were also arrested, beaten up and prosecuted.

‘There weren’t any rallies in Belarus in 2021, so these days you get detained because you were sharing information on social media, or giving a comment to media,’ says Maksimas Milta, ReThink.CEE Fellow at the German Marshal Fund of the United States, and a policy expert on Central and Eastern Europe.

Since August 2020, the regime has been tightening its grip on the education sector, says Milta, starting at kindergarten all the way up to the Academy of Sciences. ‘My estimate is that hundreds, maybe even closer to a thousand, students and scholars were forced to flee the country during the last 17 months.’

‘The conditions for academic freedom and institutional autonomy are at their lowest point since 1994, when Lukashenko’s rule started,’ he says. ‘By shutting down institutions, dismissing ambitious and forward-thinking leadership of public universities, and revoking the reform of the secondary school system, the regime has put a considerable effort into making the education sector completely dependent on the decision-making of Lukashenko and making it a part of a larger ideological and indoctrination machine.’

You can write to Artsiom Bayarski at Prison No. 4. 212011, Mahilioŭ, vulica Krupskaj 99A, Belarus. Viasna has tips on how to write letters to political prisoners.