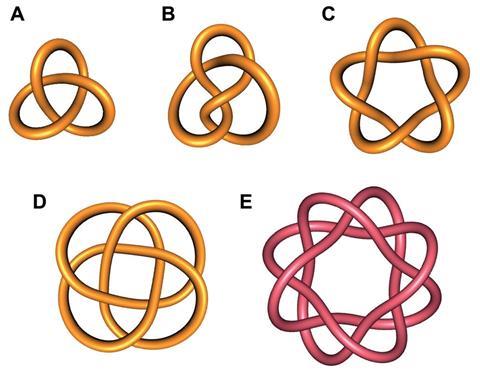 A molecular knot with 16 crossings has been synthesised by researchers in Korea. 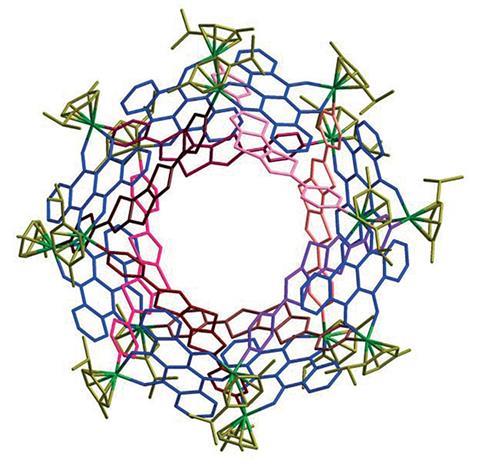 The knot comprises two molecular building blocks – an arene and a longer, bent molecule. Eight of each are required to make a single self-assembling knot using co-ordination chemistry.

Chemists want to be able to make knots and other interlocking structures, such as catenanes, as they can form parts of molecular machines. The first molecular machine, a simple trefoil knot, was synthesised by Jean-Pierre Sauvage in 1989.

Since then, only four single-stranded molecular knots have been made – this will be the fifth, and has the highest number of crossings to date. The researchers, led by led by Ki-Whan Chi at the University of Ulsan, confirmed its structure using x-ray crystallography and NMR.

Last year, David Leigh’s group at the University of Manchester, UK, produced a circular triple helix with eight crossings that was awarded a Guinness world record for being the tightest knot ever tied.