40% of the world’s R&D is now carried out in south-east, south and east Asia 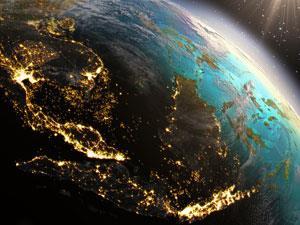 Countries in south and east Asia are increasingly challenging the science and technology leadership of the US and other nations, according to new data released by the US National Science Board (NSB). Although the NSB found that the US remains the top investor in R&D, and produces the most advanced degrees in science and engineering, as well as high impact scientific publications, the board determined that south-east, south and east Asia now accounts for 40% of global R&D, with China leading the pack.

China ramped up its R&D investments between 2003 and 2013 at an average of 19.5% annually, greatly exceeding that of the US, the NSB notes. The board’s new 2016 Science and Engineering Indicators show that China is now the second-largest investor in R&D, accounting for 20% of global R&D, compared with the US’s 27%.