Tea and coffee are the most consumed beverages in the world, but a new study has discovered some unexpected chemistry occurring in our cups. 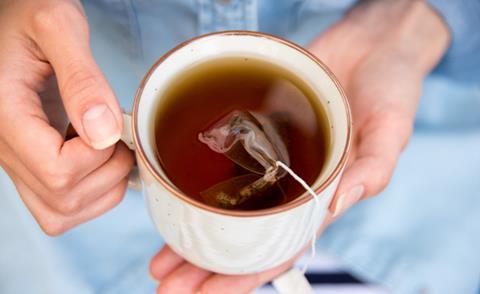 Contrary to popular belief, boiling the water only removes around 20% of chlorine

Chlorine is added to water as part of the disinfection process, with a residual amount remaining in the treated water to suppress microbial growth. This chlorine reacts with organic molecules in the water to produce chlorinated chemicals known as disinfection byproducts (DBPs), such as chloroform. Tea, and to a lesser extent coffee, contain organic aromatic compounds that give the drink its flavour, but these are also the compounds that react to form byproducts. The study discovered that the most DBPs were formed in Earl Grey tea, green tea and breakfast tea, with filter and instant coffee producing much lower levels. However, when made with municipal tap water, the levels of DBPs in tea and coffee are well below the limits imposed by water quality regulations.

‘There is much debate and uncertainty in the scientific community about how hazardous disinfection byproducts really are’ explains Tom Bond from Imperial College, London, who led the team that carried out the research. ‘I don’t think there is anything to be worried about from disinfection byproducts in tea and coffee,’ he adds. ‘There are many other studies focusing on the health benefits of tea in particular, which result from its antioxidant properties, and shouldn’t be forgotten.’

The study also investigated the effect of boiling a kettle on the levels of residual chlorine in water. It is commonly believed that boiling water removes the residual chlorine content. However, a typical kettle boils for only approximately 12 seconds, reducing the level of chlorine by a maximum of 19%, and leaving the majority of chlorine free to react with organic matter.

Water treatment chemist Paul Chadik from the University of Florida, US, warns of the potential impact of these findings. ‘High chlorine concentrations … may be present after point of use chlorination of water in developing countries, where disinfection requirements are high and accordingly, chlorine residuals are high, [which] may pose a possible risk of concern’.

Nikolai Kuhnert from Jacobs University, Germany, conducts research on compounds in tea and coffee. He advocates further research into the effects processing has on our food. ‘It illustrates further how little we know on the chemistry of food processing that significantly alters the chemical composition of our daily diet, producing both novel compounds with adverse or beneficial properties for human health.’