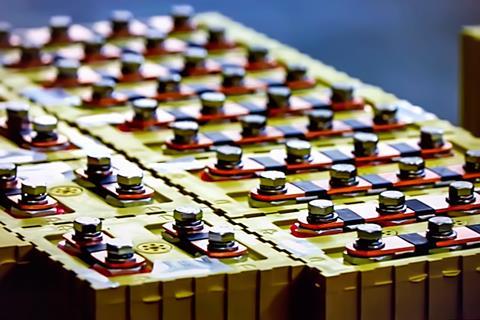 Researchers in the US have reported the first evidence of permanent bacterial resistance following exposure to nanoparticles that were not intended as antibacterial agents.1

The team led by Erin Carlson at the University of Minnesota studied the effects of chronic exposure to nanoparticles of LixNiyMnzCo1−y−zO2 (NMC), a battery cathode material commonly used in electric vehicles, on the bacterium Shewanella onedensis MR-1. This soil-, sediment- and water-dwelling species is commonly used as a model system for environmental studies. Its metal ion-reducing capabilities indicate it would likely be present in environments contaminated by nanoparticles such as NMC.

This finding was surprising – NMC nanoparticles are not designed to be antimicrobial, and this is the first example of stable bacterial resistance to a metal-based nanoparticle other than antimicrobial silver. ‘I think what surprised us most is that resistance to nanoparticles is more robust than resistance to just the metals. With acute exposure, it wasn’t possible to determine differences between the toxicity of nanoparticles and their constitutive metal ions. However, by studying NMC- versus ion-resistant populations, the differences were more apparent,’ explains Carlson. In the adapted populations, exposure to NMC proved more challenging to bacterial growth than just the constitutive ions. Besides a toxicity distinction, there were differences in bacterial length and degree of filamentation between NMC- and ion-resistant populations.

The bacteria that had adapted to NMC exposure (left) were filamented, compared to the control (right), and substantially longer than ion-adapted bacteria (centre)

‘This study shows that bacteria can interact with both nanoparticles and their dissolution products, generating resistance through different mechanisms. This finding is crucial in understanding the potential for nanomaterials in altering the environmental microbiome,’ comments Vincent Rotello, an expert in bionanotechnology at the University of Massachusetts in the US. ‘The results also suggest that environmental exposure to nanomaterials could impact their therapeutic implications, highlighting the interplay between environment and medicine.’

‘By understanding the alterations in this organism, we will be able to determine if other organisms have similar systems to know if they have the likelihood of exhibiting resistance, or at least tolerance of some kind,’ says Carlson. ‘Even though these bacteria were able to survive the exposure, our initial data suggest that their biochemical state and morphology have changed. This could change their roles in a local environment, meaning that the essential nutrients that this organism helps process for other dependent creatures, or even the organisms that might predate these bacteria, would be under distress. Even more, within an environment there is a healthy balance of microbes. If even one of those key players is susceptible to nanoparticle toxicity – whether they die or develop resistance – and change too much, all of the other microbes could be affected, increasing the scale of the impact.’