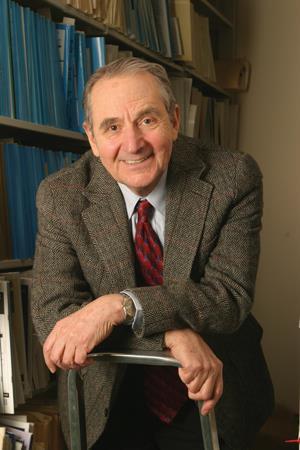 E J Corey’s first thought on winning the Nobel prize for chemistry in 1990 was ‘How do I get my life back to exactly how it was, as if this hadn’t happened?’ Corey, based at Harvard University in the US since 1959, managed to find a way. ‘I rolled up my sleeves, and in a couple of weeks I did all of the little tasks that you have to do, like preparing my lecture, autobiographical sketch and after-dinner speech. Then I did my best to answer all of the correspondence that I’d received, (faxes and letters, as there were no emails in those days), and by Christmas time, my life went back to where it had been and it’s stayed more or less there since then.’

He points to the baggage that comes with such a large prize: ‘Even the Nobel prize doesn’t really make a difference in the kind of work you can do, and it’s impact can be adverse. You’re asked to do all sorts of things, which consume time, or are distracting in one way or another.’

Corey believes that excessive ambition for recognition, either financial, or in the form of grants and prizes, or from publishing in high-profile exclusive journals, exerts an artificial force on scientists – particularly those just starting their careers. ‘It becomes as big a determinant of the research they do as their own fundamental curiosity,’ he says. Good research should rightly be celebrated, but chasing after awards for their own sake risks stifling the creativity that will fuel the next unpredictable advances.

Chasing prizes can have other effects as well, he says. ‘There are some people whose lives have been ruined by an overarching ambition to get such prizes.’ But it can also lead people to be more conservative in their research: ‘It sets you up as a kind of target. Suppose you work on a wild new idea that falls flat? You’re subject to wild ridicule – “Here’s this person who was once great, who’s fallen on their face.”’ Or people drop out of science altogether, and go in for statesmanship to try and capitalise on their reputation.

‘I may sound like a heretic, or someone who is speaking out of both sides of my mouth, because certainly I have lots of prizes,’ says Corey. ‘More than I ever dreamed I would have, and in fact more than I really wanted. But I think we have an awards disease in our scientific society.’

Corey has tried to keep his focus on the teaching and research that he enjoys. Several years after winning the Nobel prize, he says, he stopped applying for US government funding. ‘I knew I would practically automatically get funding, as long as I was publishing reasonably good research,’ he says. ‘But I saw that there was too little money for young people and I didn’t want to compete with them.’ He maintains his small research group using grants from industry, supplemented by some of his own consultancy income, and with post-doctoral researchers who bring their own funding.

But others are not so lucky. Government funding has fallen out of line with the reality of the expense of doing research, Corey says. ‘When I started research, I had a small office and a lab next door to it. It didn’t have a fumehood, just a bench and sink. I was allowed to research anything I wanted – I didn’t have a research grant or start-up money, but I could borrow from the stockroom and other groups – it was very simple and very cheap to do research. Now the costs are incomparably greater.’

Science at the cutting edge now requires much more sophisticated instrumentation, and is dependent on very expensive things, he says. The costs have multiplied far faster than inflation, which makes researchers totally dependent on securing funding for their work. ‘That makes them beholden to granting agencies and places a burden on them – especially when that funding is required to support their research colleagues, their students.’

When I started research, my lab didn’t have a fumehood, just a bench and sink

Corey suggests that this dependence has robbed young academics of a freedom they used to enjoy – to work on whatever they wanted, living by their wits, without the need for a lot of financial support. ‘Those days have evaporated, and that independence – which is the reason why individuals go into academic work, to work on your own ideas and not be pushed around by your senior colleagues, or forces outside the university. That lifestyle is dead. It is, in some ways, a tragedy of our times.’

That reliance on external funding, says Corey, gives funders disproportionate power to set the priorities in research. ‘There’s this ever-growing requirement that there be something in the research of immediate benefit to society. It has to be demonstrable, and preferably it has to be aligned with what the powers-that-be want to see worked on,’ he says.

Corey suggests that allowing researchers more freedom to follow their own curiosity, rather than biasing their decisions by restricting funding, is a better way to encourage major advances. ‘Because there are such a lot of people in science, that guarantees there will be a portfolio of different approaches, which is the best possible solution,’ he says.

Being beholden to funders also changes some researchers’ attitudes to what science is about. ‘A lot of young people now think that the most desirable activities are entrepreneurship and starting small companies,’ Corey says. ‘They want to get rich rapidly – preferably before the age of 30 – and they’re essentially using science and technology as a cash cow.’

This thinking used to be less prominent, he says, pointing to Argentinian biochemist César Milstein, who shared the Nobel prize in physiology or medicine in 1984 for inventing a way to make monoclonal antibodies. ‘He realised that they were exceedingly powerful and useful, in various directions, but especially in research,’ says Corey. ‘He didn’t obtain a patent on the technology, and he was very proud of that, which I think is wonderful.’

Instead of pursuing financial gain, Corey suggests young researchers would be better off finding a research area that will lead to a significant advance in understanding in that field. It could be an advance in theoretical or practical knowledge, or solving a particularly intractable problem. ‘You should consider yourself as a collaborator with everyone else in your field, and try to do work that will benefit them. It should be something that empowers your contemporaries in science, either by giving them new ideas, new ways of thinking, or new tools that they can use.’ 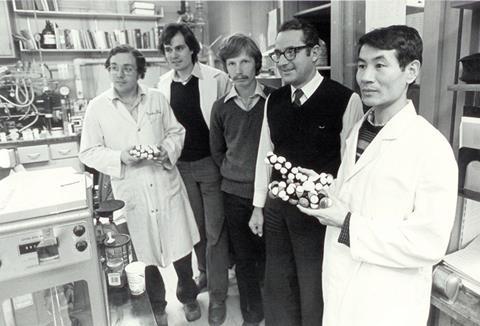 This is especially true in the new era of multidisciplinary research, where interaction between individuals in different fields, but with complementary skills, is more important than ever. That interaction needs to accelerate, says Corey, ‘but the obsolete structure of our institutions is not geared to it – it doesn’t provide an ideal setting for interaction’.

Corey asserts that such interactions work best when the individuals involved each retain a very strong command of their core field. ‘You need to master one area, while at the same time learning enough about other fields so you have a good general understanding. Then you need to connect with individuals with whom you can be friends, and have a collegial and generous relationship. In that way a team can come into place – it can’t be planned, it has to happen spontaneously.’

These personal relationships are the bedrock of a good collaboration, Corey says. It’s no good having a relationship in which one person exploits the other for some kind of gain. ‘Excessive ambition for recognition in the form of awards or financial gain is very corrosive to this kind of relationship – it’s the opposite of what is required for interdisciplinary work.’