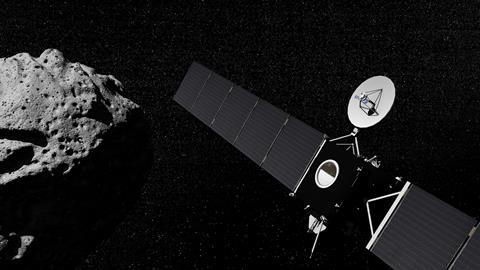 Cometary chloromethane detection scuppers use of chemical in hunt for ET

Traces of chloromethane have been detected in the atmosphere of comet 67P/Churyumov-Gerasimenko by the Rosetta spacecraft’s Rosina instrument, as well as within the clouds of dust and ash around a young protostar. This is the first time an organohalogen has been spotted in space. On Earth, such compounds are produced by industrial processes or by living organisms. This has led to it being suggested by astrobiologists as a potential biomarker in the search for life on other planets.

Other signals from the protostar, which were collected using the Atacama Large Millimeter/Submillimeter Array in Chile, suggested traces of the organohalogen fluoromethane were also present.