The US House of Representatives’ oversight and government reform committee will soon convene a briefing to question officials from the National Institutes of Health (NIH) about its grants to the World Health Organization’s (WHO) International Agency for Research on Cancer (IARC). The American Chemistry Council (ACC), the trade group for US chemical companies, welcomes the inquiry and agrees that IARC warrants greater public scrutiny.

The congressional committee’s chairman, Republican Jason Chaffetz, sent a letter to the director of the NIH, Francis Collins, last month in which he described IARC as having ‘a record of controversy, retractions, and inconsistencies’, and asked why the NIH continues to fund the agency. NIH’s grant databases indicate that it has given IARC several millions of dollars since 1992, including over $1.2 million (£985,000) so far this year, according to Chaffetz. 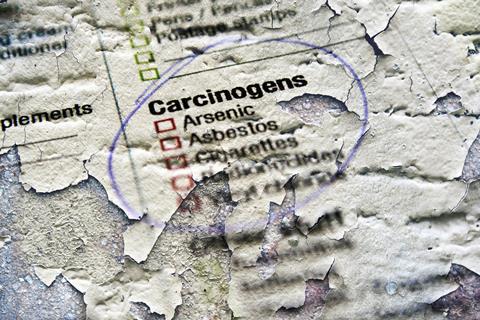 The congressman also argued that IARC’s standards and determinations for classifying substances as carcinogenic appear inconsistent with other scientific research and have generated alarm. For example, he noted that IARC concluded that the herbicide glyphosate is ‘probably carcinogenic’ in March 2015, which contrasts with the findings of other organisations like the European Food Safety Authority and the US Environmental Protection Agency.

On 18 October, the ACC’s President and CEO, Cal Dooley, wrote to Chaffetz expressing ‘serious concerns about the lack of transparency, rigor and relevance’ of IARC’s monograph programme. He said the agency’s monographs ‘do not consider the full weight of the scientific evidence and frequently conclusions are based on studies of poor quality’.

Dooley stated that IARC assesses the hazard of a particular substance or behaviour, evaluating whether a substance could cause cancer in humans under any circumstances, including at exposure levels beyond what is typical. He concluded that the agency’s findings ‘frequently lead to alarming headlines’, as well as ‘unnecessary public concern’ and regulatory action such as California’s Proposition 65 listing and warning programme.

But IARC’s director, Chris Wild, defended his agency in a letter to NIH’s Collins on 5 October. He said that for more than four decades this specialised cancer agency of the WHO has published monographs that are ‘widely respected for their scientific rigour, standardised and transparent process and for freedom from conflicts of interest’.

Wild also pointed out the IARC’s monographs only evaluate agents for which there is evidence of human exposure and an existing body of scientific literature indicating a degree of carcinogenic hazard to humans. ‘The non-random selection of agents explains why the evaluations extremely rarely find there is “evidence suggesting lack of carcinogenicity”’, he said.