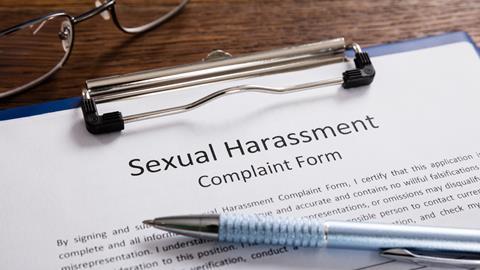 Consortium launched to address sexual and gender harassment in science

More than 60 professional scientific and educational organisations in the US have launched a consortium that aims to prevent and respond to sexual and gender-based harassment in the sciences. The new Societies Consortium on Sexual Harassment in Science, Technology, Engineering, Mathematics, and Medicine (Stemm) was announced at the annual conference of the American Association for the Advancement of Science (AAAS) in Washington DC on 15 February.

The consortium’s founding members include not only the AAAS, but also the American Chemical Society (ACS) and the American Society for Biochemistry and Molecular Biology. Its main goal is to develop research- and evidence-based resources that can help professional scientific organisations address issues related to sexual harassment and to advance good professional, as well as ethical, conduct across scientific disciplines. These efforts will include model anti-harassment policies and procedures, such as rules focused on professional scientific meetings, awards and honours.

The professional organisations participating in the new consortium will pay membership fees that will fund the development of these resources. The fees are set on a sliding scale tied to the annual revenue of the consortium’s member societies.

‘ACS joined the Societies Consortium to add its voice to addressing the problem of sexual and gender harassment in the sciences,’ said ACS spokesperson Glenn Ruskin. He said the ACS wants to ensure that all of its members, as well as all those within the chemistry community, ‘have the freedom to practise their science in an environment that embraces diversity and is free from harassment’.