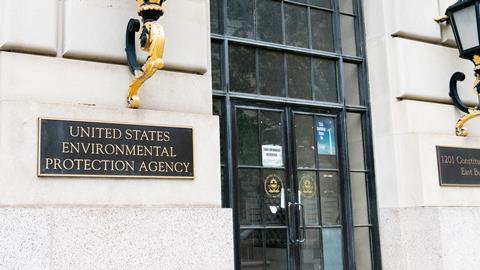 The most recent in a series of regulatory reversals since Joe Biden took the White House helm is a highly contentious rule, put forward by the Trump administration years ago, that hindered the US Environmental Protection Agency’s use of non-public data in policymaking.

A federal judge vacated this infamous EPA ‘secret science’ rule, opponents of which argued that it would undermine the use of public health studies in the agency’s rulemaking by requiring the disclosure of all data underlying any research upon which regulatory actions were based. Often such data is anonymised to safeguard study subject privacy. Trump’s EPA had defended the rule as an effort to increase the transparency behind the agency’s science and inspire greater confidence in its regulatory actions.

However, US district judge Brian Morris ruled on 1 February that the rule – originally proposed by former EPA administrator Scott Pruitt shortly before he resigned in July 2018 amid severe opposition from science, environment and health groups and with various scandals swirling around him – exceeded the EPA’s ‘housekeeping’ authority.

Former EPA administrator Andrew Wheeler, Pruitt’s successor, had finalised the rule just a couple of weeks before Biden’s 20 January inauguration. It had been slated to go into effect earlier in the month. But Judge Morris’s order followed a legal request by the Biden administration to toss the Trump-era regulation. His decision struck down the rule immediately.

Experts at the New York University law school’s Institute for Policy Integrity agreed that the ‘censored science’ rule would have seriously constricted the EPA from considering important scientific evidence in a wide range of environmental rulemakings. In a statement, Richard Revesz, who directs the NYU institute, described the rule as ‘one of the Trump administration’s most brazen efforts to undermine the scientific foundations of regulatory policy’.

Leaders of key congressional science and environmental committees celebrated the fact that the rule was struck down. ‘After four years of unlawful, anti-science rulemaking, EPA has an opportunity to turn over a new leaf,’ said Tom Carper, the top Democrat on the Senate’s environment and public works committee. ‘While the incoming leadership will have a monumental task in restoring scientific integrity at the agency, I am optimistic,’ he added.

Biden’s nominee to lead the EPA is Michael Regan, the secretary of North Carolina’s Department of Environmental Quality. He currently awaits Senate confirmation, having recently testified that he would ‘let science lead’ the EPA.

Regan, who worked on the EPA’s air quality and energy programmes under the former Bill Clinton and George W Bush administrations, also held a senior role at the Environmental Defense Fund as the associate vice president for clean energy and a southeast regional director. If confirmed, he would be the first African American man to run the EPA. His nomination has received support from many environmental, agricultural and scientific organisations in the US.