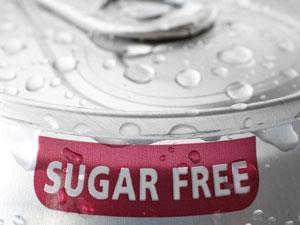 In recent years it’s been the subject of health scares and embroiled in controversy, but the low-calorie artificial sweetener aspartame and its breakdown products have been given the all-clear for human consumption once more by the European Food Safety Authority (EFSA).

Two hundred times sweeter than sugar, aspartame has been used as a synthetic alternative to sugar in thousands of food products including fizzy drinks, chewing gum and snacks for 30 years. But several studies published in the past few years have suggested that consumption of aspartame and its breakdown products – namely phenylalanine, methanol and aspartic acid – could be harmful and have been linked with cancer and premature births.

EFSA was due to conduct a full re-evaluation of the sweetener by 2020. However, because of the controversy over aspartame’s safety the European commission asked EFSA to bring the review forward.

As a result, EFSA compiled an independent group of experts to review all available scientific research on aspartame and its breakdown products, including both animal and human studies. To ensure all points of view were considered, EFSA also issued an open public call for all data and comments or concerns on aspartame.

Presented with the evidence and over 200 comments, the panel of experts concluded that aspartame is safe for consumption at current levels of exposure. The current acceptable daily intake (ADI) is 40mg/kg of body weight per day. A typical diet fizzy drink contains 180mg of aspartame. This means the average UK woman would need to drink 15 cans of a diet soft drink to exceed the ADI.

‘This opinion represents one of the most comprehensive risk assessments of aspartame ever undertaken,’ says Alicja Mortensen, chair of EFSA’s panel on food additives and nutrient sources. ‘It’s a step forward in strengthening consumer confidence in the scientific underpinning of the EU food safety system and the regulation of food additives.’

Nevertheless, not all academics are convinced by the way that EFSA went about evaluating aspartame. Erik Millstone, a science and food policy expert at the University of Sussex, UK, is unhappy with the way in which EFSA has given more weight to some studies over others. ‘The shortcomings of the studies that suggested aspartame is harmless (which were deemed reliable) were often far greater than those of studies suggesting that aspartame may cause harm (which were deemed entirely unreliable),’ he wrote in a response to EFSA’s decision. ‘The benchmarks of credibility were therefore distinctly asymmetric, in a way that favours the chemical and food industry rather than consumer protection.’

‘This is very conservative approach, which overestimates true intakes,’ says Berna Magnuson, a food scientist at the University of Toronto, Canada. ‘Using this worst case approach, EFSA confirmed that intakes of aspartame are below the acceptable daily intake, even for those people that are the highest users of low calorie product. Therefore, there is no concern that any consumers will exceed the ADI for aspartame.’

However, Magnuson doubts this report will end the controversy. ‘This is not the first time EFSA has evaluated and confirmed the safety of aspartame, and the safety of aspartame has also been confirmed by every other national food regulatory authority. It is time, however, that somehow the controversy is laid to rest, and we use the resources to address a real health issue.’