Critical isotope threat to two-thirds of US nuclear reactors

The US government has failed to adequately address the threat to the supply of a critical isotope required for more than half of the country’s nuclear power plants, the congressional Government Accountability Office (GAO) is warning. 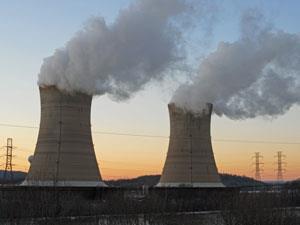 In a report posted online on 17 October – the day that the partial US federal government shutdown ended – the GAO concluded that no one has taken responsibility for assessing and managing risks to the US lithium-7 supply.

The US has not produced lithium-7 domestically since 1963, instead obtaining its supply from Russia and China – the only two countries that currently export this isotope. But the GAO cautioned that exports of lithium-7 to the US cannot be assured. It found that China’s continued supply may be reduced by its own growing demand, and several lithium-7 brokers in the US have faced difficulty obtaining the isotope from their Russian supplier.

The situation is especially troublesome given that 65 of the 100 nuclear power plants currently operating in the US are pressurised water reactors (PWRs), which annually require an estimated 300kg of lithium-7. The isotope is added to the water used to cool the reactor core and prevents it from becoming acidic. Without lithium-7 corrosion of pipes and other infrastructure might result in them failing.

Utilities operating these PWRs have experienced little difficulty obtaining lithium-7 to date, but they may not be aware of all the risks involved in relying on two producers, the report suggested. However, the threat is substantial because roughly 13% of the US’s electricity is produced by these PWRs.

Not only did the GAO identify a failure by the US Department of Energy’s (DOE) to assume stewardship responsibility for lithium-7, it also found that the department has underestimated the amount of that isotope used domestically. While industry figures show that about 300kg of the isotope are used annually in the US, the DOE estimated only 200kg, the GAO found.

To help head off a shortage in the US, the GAO recommended three possible courses of action. These include building a domestic reserve – which would be the lowest-cost option; creating a domestic production capability, which could take about five years and cost $10–12 million (£6–7 million); and reducing the reliance of PWRs on lithium-7, which might require years of research and changes to the reactors.

Without a full awareness of lithium-7 supply risks and an accurate assessment of domestic demand, utilities may not be prepared for a shortage of that isotope, the GAO suggested. ‘This leaves the reactors that depend on lithium-7 vulnerable to supply disruptions that, if not addressed, could lead to their shutdown,’ the report warned.