Crystallising new concepts not once, but twice

From supramolecular synthons to weak hydrogen bonds, Gautam Desiraju’s research has impacted several areas of chemistry. Clare Sansom caught up with him at the 24th Congress of the International Union of Crystallography in Hyderabad this August 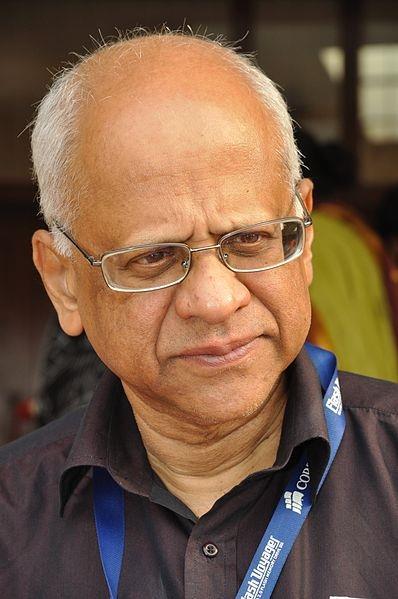 Not many chemists can claim to have been around at the beginning of a new discipline, let alone to have been there ‘almost accidentally’. Gautam Desiraju, professor of solid state and structural chemistry at the Indian University of Science (IISc) in Bangalore, is one of this tiny group. An unexpected discovery as a visitor to a Cambridge lab in the early 80s changed both the direction of his own research career and the way structural chemists think about crystal packing.

Desiraju never even planned to go to Cambridge. He grew up in Bombay [now Mumbai] in the 1960s, graduating from St Xavier’s college there in 1972. Like some of his contemporaries his next move was to the US, for a PhD at the University of Illinois with David Yarrow Curtin, best known for coining the eponymous Curtin-Hammett Principle in kinetics. Following two years at Eastman Kodak in Rochester he decided to return home: an unusual choice for a young Indian scientist at that time. ‘I had a green card, and I didn’t have a job in India, but I still knew the US was not for me,’ he says. The position he eventually obtained was at the University of Hyderabad, which was just starting up. ‘Conditions were really primitive there’, he remembers. ‘We were right in the middle of a forest, the university buildings were sheds, and we had no equipment: even the phone system was not fully connected for 10 years.’

He describes experiencing a ‘complete disconnect’ between the sophisticated techniques in organic solid-state chemistry that he had used in the US and what was possible locally. Three years later he found an ad hoc solution to this: a short-term, visiting scientist’s position in John Meurig Thomas’ lab in the then Department of Physical Chemistry at the University of Cambridge. It was in his second summer there that he and the two ‘maverick students’ of the group, Simon Kearsley and Noel Thomas, stumbled on their most important idea.1 The three young chemists had begun examining crystal structures to understand how and why the molecules packed together in the ways they observed. They obtained their structures from the fledgling Cambridge Structural Database (CSD), which was, in a fortunate coincidence, being established by Olga Kennard in the same department. It then contained about 50,000 structures; today the same database holds almost 900,000 structures of about 800,000 different compounds.

Many scientists dream of having a good idea and using it to change the direction of their research field, but I have been lucky enough to do this twice

The breakthrough came in a comparison of six crystal structures of isomorphic dichlorophenols. They observed that three of these were close-packed structures with low crystal symmetry; the other three crystallised with higher symmetry and short (4Å) axes, obeying a rule coined by Gerhard Schmidt for planar aromatic compounds with two chloro substituents. Generalising this to suggest that close packing would be violated by molecules with substituents in particular positions, and that this could give rise to rules for designing organic crystals with specified properties, formed the kernel of the discipline that became known as crystal engineering. 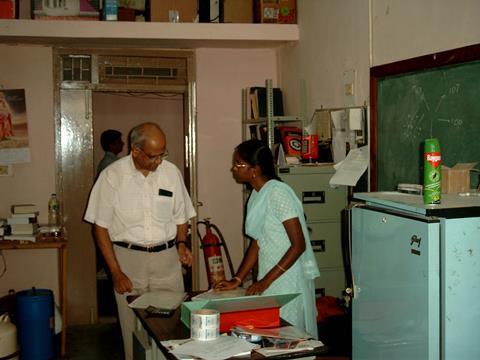 Back home, with no diffractometer for experimental structure analysis – and no prospect of acquiring one – Desiraju embraced the task of comparing known crystal structures and searching for structural patterns. The new discipline grew rapidly, helped by automation that made experimental structure determination faster and easier. ‘All of a sudden, a structure that would have taken months to solve in the 1970s could be completed in a couple of weeks,’ he remembers. ‘The database was growing fast, and a whole group of crystallographers who had suddenly had their jobs replaced by machines found work analysing those structures.’ He coined the term ‘supramolecular synthon’ for a repeating pattern that is found in many crystal structures and that can be used as a building block for new materials, and explained the theory in a landmark review that has been cited nearly 3400 times.2 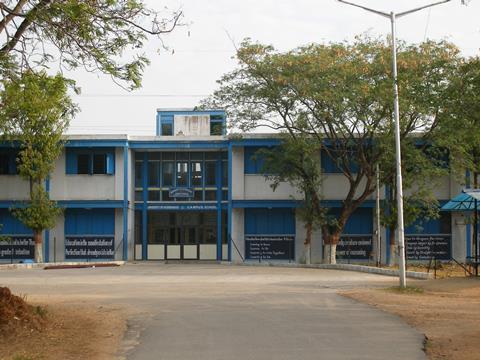 Desiraju has devoted much of his long career to developing sophisticated methodologies to link the structures and properties of organic crystalline solids, and to using his observations to design functional materials. Very recently, he notes, it has become possible to design a crystal structure with quite precisely specified properties. ‘We call this ‘third-generation’ crystal engineering’, he says. ‘It is a fast-moving and exciting research area.’

His contributions to structural chemistry, however, go beyond crystal engineering. ‘Many scientists dream of having a good idea and using it to change the direction of their research field, but I have been lucky enough to do this twice,’ he explains. That second idea was the controversial concept of weak hydrogen bonds. The idea that a C–H group has a dipole and can form a directional bond with oxygen that is similar to but weaker than a conventional hydrogen bond was first proposed in the 1930s. Half a century later, Desiraju was one of only a few chemists to promote the ‘heretical’ view that C–H…O bonds do have hydrogen-bond character, and he co-authored an important textbook on the subject.3 This concept is now widely used in structural chemistry, including drug design. Today, most scientists in India work in conditions that bear very little resemblance to the ‘primitive’ ones Desiraju found when he returned from the US almost 40 years ago. His lab at the IISc, ‘arguably the best scientific institution in the country’, is well equipped and modestly funded although he still finds Indian bureaucracy frustrating. He was president of the International Union of Crystallography from 2011–14 and led the committee that organised the Union’s triennial congress in Hyderabad this August.4 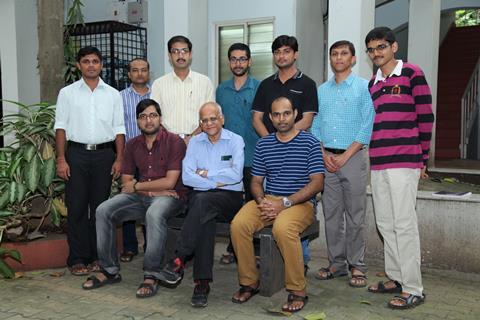 Asked for advice for young scientists, Desiraju suggests three attributes for them to foster: curiosity, courage, and discipline. And he looks back to his undergraduate days at St Xavier’s college and to perhaps an unusual source of inspiration. ‘The Jesuits there taught me the value of discipline… I owe them a debt of gratitude forever.’