The number of inquiries carried out by the House of Lords science and technology select committee could be drastically reduced as a result of cost saving measures. Lord Krebs, chairman of the science committee, has warned that investigations by the committee could be cut in half. 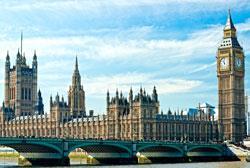 Cutbacks could see scientific inquiries by the Lords cut in half

Speaking out against the proposal, Lord Krebs, principal of Jesus College at the University of Oxford and a distinguished zoologist, said that his reading of the liaison committee’s recommendation did ’not seem to square’ with what had been called a small reduction in funding for the science and technology committee. He noted that the committee had great depth of expertise, as well as breadth, having covered topics as wide ranging as treatment of infectious diseases to energy supply and internet security.

In a letter to the prime minister, the Academy of Medical Sciences, the British Academy, the Royal Academy of Engineering (RAE) and the Royal Society expressed their ’great concern’ at the cuts. The societies described the science and technology committee as ’an essential forum’, adding: ’Any reduction in the output of this committee would be a significant loss to parliament’s capacity to understand and respond to advances in science.’

By contrast with the House of Commons science and technology select committee, the Lords’ committee has an extremely distinguished scientific pedigree, including among other notable names Lord Winston, professor of science and society at Imperial College London and Lord Broers, a former president of the RAE.

The money saved from the Lords science and technology will help to fund three new committees on public services, SMEs and the Children and Adoption act.