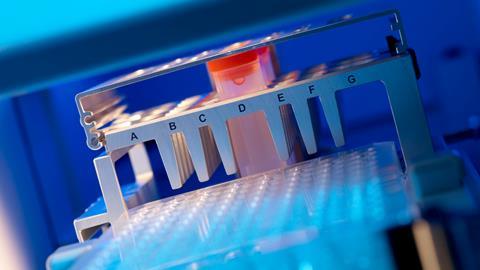 A new chemical dataset provides an alternative way for biomedical researchers to search for promising compounds. The Chemical Checker contains bioactivity data on almost one million molecules and has already been used to identify substances with previously unknown medicinal traits.

A common approach to drug discovery is to identify compounds with a desired biological property and then screen other molecules with similar chemical structures. But a team led by Miquel Duran-Frigola and Patrick Aloy at the Barcelona Institute of Science and Technology, point out that many compounds can trigger a similar biological response, despite having quite different structures. They suggest that comparing the biological profiles of small molecules could offer another way to find new medicines. But bioactivity data is often incomplete and there is no standardised way in which it is reported, and this makes comparing the data difficult.

To tackle this problem, Duran-Frigola and Aloy’s team created the Chemical Checker – a collection containing curated bioactivity data for around 800,000 molecules. The information was sourced from existing databases, and then organised across five levels of biochemical complexity. The first two levels cover a compound’s basic structure and the biomolecules that it is known to bind to. ‘Then, when you interfere with the activity of one of these targets, most of the time these perturbations will spread throughout the cellular networks – this is the third level that we called networks,’ says Aloy. He explains that the fourth level refers to cell-level data, for example cytotoxicity profiles measured in studies on cellular assays, while the fifth level incorporates clinical information such as therapeutic indications and side effects.

Each of these five levels is broken down further into five subcategories, allowing the Chemical Checker to capture a ‘bioactivity spectrum’ for each molecule, adds Duran-Frigola. ‘Our goal was to systematically measure the correlation or the connection between each of these bioactivity spaces,’ he says. ‘To do that, we had to come up with a unified format – and our choice was to go for something that resembles the chemical fingerprints that are widely used in cheminformatics.’

The team used the Chemical Checker to identify compounds likely to cancel out the effects of certain gene mutations linked to Alzheimer’s disease, and then confirmed the findings experimentally in cellular models. The platform was also used to predict compounds that might mimic the biological action of three biologic drugs, again confirming the results in the lab, with a high success rate.

‘This is an impressive and ambitious new resource that will have a major impact on the ways in which the biomedical research community discovers new lead molecules,’ says Roger Linington, who develops drug discovery tools at Simon Fraser University, Canada. He highlights the broad range of biological space, from pure protein assays to clinical data, integrated into the Chemical Checker.

‘The range of perspectives that are served by this new platform is one of its strongest attributes, and is likely to lead to widespread adoption,’ adds Linington. ‘The tool is available through an open access online platform, and promises to be a valuable addition for the biomedical research community.’

The Chemical Checker’s creators have set up a website allowing other researchers to access the platform, and Aloy says that they are keen to collaborate with partners in the pharma industry to apply the tool to their drug-discovery pipelines.

The group has also begun a project with Amazon’s artificial intelligence teams, to ‘fine-tune’ the Chemical Checker to assist in the search for compounds that may be active against Covid-19.