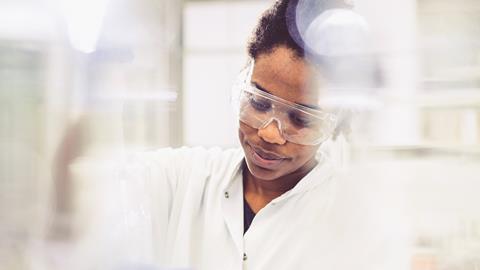 The Diversify Chemistry website – launched in August by University of Michigan polymer chemist Anne McNeil – that seeks to help academic faculty search panels, symposium organisers and award committees identify chemists who might diversify their talent pools has been well-received by the chemical sciences community.

At three months old, Diversify Chemistry contains the names of more than 230 chemists who have self-reported as belonging to an underrepresented minority group. The website has had almost 3400 unique visitors and 11,000 page views, with the top location being the US, followed by the UK and then Canada. The database is searchable by sub-speciality, area of research interest and other parameters. It is open to chemists anywhere in the world but is US-centric at the moment.

The bulk of funding to build Diversify Chemistry came from the University of Michigan’s diversity and inclusion programme, with the intention that it serve as a template for other departments. McNeil also received funding for the project from her department, as well as using some of her own project funds.

‘The best response I have gotten is the number of people who want to create their own version for their own field,’ McNeil tells Chemistry World. For example, some have sought McNeil’s advice about how to launch an industrial chemistry version, since hers is strictly academic. Others are interested in creating a bioinformatics rendition of Diversify Chemistry and have requested McNeil’s input.

‘That is super exciting, all of this work that we have done can be easily replicated,’ McNeil states. ‘It is part of this broader movement of making people more visible in the sciences,’ she adds, noting that her goal is to create something that will be ‘stable, long-lasting and really easy to use’.

While diversity among science, technology and engineering students at universities is on the rise, this has been a relatively slow process and is not reflected further up the career ladder. ‘The diversity in chemistry continues to drop off precipitously as you get higher into the ranks of academia – we have such a long way to go,’ McNeil says.

She notes that there has been significantly more progress in getting women into academic science than other underrepresented minorities, but nevertheless the number of women in most of these fields hasn’t reached anywhere near parity with the general population.

When McNeil joined the University of Michigan 11 years ago, she recalls that there were only about five female faculty members in the chemistry department. The figure has tripled since then, but that is still just 15 women out of a faculty of nearly 60.

As chair of the University of Michigan’s chemistry department’s faculty search committee, chemistry professor Bart Bartlett recently reached out to about 40 postdocs who have registered their information in Diversify Chemistry, to alert them that they might be a good fit for a job opening for which he is recruiting. Roughly three-quarters of these prospective applicants responded to follow-up and get more information.

It will be difficult to quantify the impact of Diversify Chemistry on the field, but McNeil wants to try. In her own department, she plans to collect data on invited speakers and hiring trends, and she also wants to ask the website’s users how often and in what capacity the tool has resulted in successful hires or appointments.

Bartlett was encouraged because he was able to make direct contact with so many qualified people from diverse backgrounds who expressed interest in the job. However, the competition is stiff – the university has received around 290 applications for that one position, and it isn’t yet clear whether Diversify Chemistry actually helped increase the number of minorities vying for that job.

Shelley Minteer, a chemistry and materials science professor at the University of Utah, began using Diversify Chemistry this spring to help her university recruit speakers for seminars. She came up with a shortlist of names of diverse and qualified candidates, and sent it to colleagues who were in charge of recruiting seminar speakers. ‘From the perspective of the students listening to seminars or being educated, the extent to which we can give them a diverse faculty and diverse interactions helps them make connections with people and have positive role models, if they are members of an underrepresented minority groups,’ says Minteer.