DDT surprises with discovery of overlooked form of the pesticide 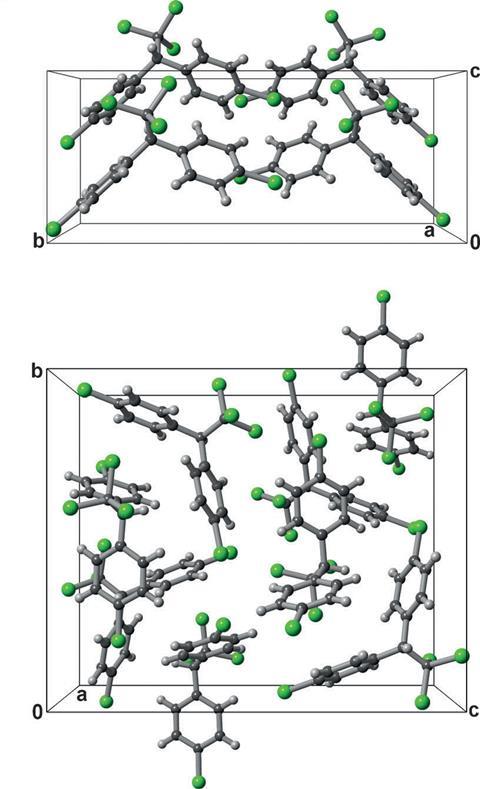 First discovered in 1939, DDT and other contact insecticides have long been thought to exist in just one crystal form. However, new research conducted by scientists based at New York University (NYU) has revealed that there are at least two solid state forms of DDT.

This discovery occurred serendipitously. ‘We got into DDT polymorphism for reasons that had absolutely nothing to do with insecticides and insects,’ says Bart Kahr, a researcher at NYU. ‘We were studying DDT crystallisation because the known form of DDT crystals had a symmetry that was consistent with certain types of growth experiments that we were trying to do.’

However, once it was apparent that polymorphism was present it opened another avenue of investigation. The fact that there were at least two forms of DDT ‘instantly suggested a murder mystery’, says Kahr. ‘We found that there were two forms and they almost always coexisted, no matter how DDT was prepared, so we didn’t really know which of the two compounds was the historical killer.’

‘Different polymorphs have different crystal shapes,’ explains Mike Ward, another researcher at NYU. ‘Each polymorph expresses inherently different crystal structures and faces. On each face the molecules are oriented differently and this means that the interactions between the molecules with the footpads of insects are different.’ The lethality of the crystal forms therefore depends on the exposed crystal face. In studies conducted on fruit flies, it was demonstrated that the newly discovered form (form II) was comparatively more lethal than the original form I, reducing average survival times by 43 minutes.

The potential implications of this more lethal DDT structure could be far-reaching. ‘If you can engineer a solid state form of DDT that is as effective in smaller application, then the public health benefits will not be undone by the environmental exposure,’ says Kahr. ‘It might be possible to engineer contact insecticides that can be as effective in smaller application. That would be useful as we don’t want the insects to develop resistance.’

However, it’s not that simple – it is difficult to synthesise form II exclusively. ‘I don’t think that it should be an insurmountable problem,’ Kahr reasons. ‘We think that we can probably achieve this with more work.’

The new crystal structure was discovered using a combination of computational methods and observational measurements made using Raman microscopy, x-ray diffraction and optical microscopy. Systematic crystal structure prediction, the computational method used in this study, is a relatively new technique. ‘It’s only very recently that these methods have been available to experimental chemists,’ says Krešo Bučar, an expert in organic crystalline materials at University College London. ‘These crystal structure prediction methods can tell very nicely tell what the likelihood is of other crystal forms being identified. This study is a perfect example of how studies relating to polymorphism should be conducted,’ he adds.

The fact that a new DDT polymorph has been found re-opens questions about the other contact insecticides. Dubbed the ‘dirty dozen’, these insecticides require the target to come into direct contact with the chemical so that they can be absorbed. These compounds tend to be inorganic, and include chemicals such as chlordane and heptachlor. ‘These compounds were studied last in the 1970s,’ says Kahr. ‘Nowadays it is trivial to determine the three-dimensional structure of a molecular crystal, so people are much more interested in finding all the polymorphs and everything that can be isolated in the given phase state. We are confident that each of these substances will be represented by a group of solid state structures.’