Dearomatisation, but without nasty reagents 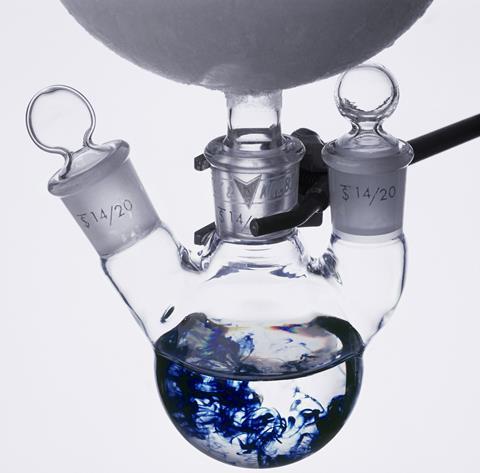 Birch reductions can now be performed at room temperature, without the traditionally used hazardous combination of liquid ammonia and alkali metal. The researchers who discovered the method say it is cheap, quick and ‘accessible to any chemical laboratory’.

The Birch reduction converts arenes like benzene into cyclohexadienes. It generally requires alkali metals to be dissolved in liquid ammonia to produce solvated electrons that drive the reaction. While other methods have been developed to avoid using ammonia, these are either difficult to control, require cryogenic conditions or involve expensive reagents costing over $1000 (£742) per mole.

Now a team from the University of Pittsburgh, US, has discovered a cheap and easy way to perform the Birch reduction. It replaces liquid ammonia with tetrahydrofuran and uses lithium plus an ethylenediamine reagent that cost just $2.67 per mole. Unlike traditional Birch protocols that require cooling to below –33°C to stop ammonia from evaporating, the reaction works at temperatures up to 26°C.

As well as offering a safer way to perform dearomatisation reactions, the Pittsburgh team notes that their technique could also enable new room temperature investigations of solvated electrons.