Does a science postdoc pay off in the US?

To answer the age-old question of whether it makes financial and career sense for a PhD scientist to do a postdoc, economist Stephanie Cheng reconstructed the career paths of more than 155,000 US PhD researchers across 10 science, technology, engineering and maths (Stem) fields. Analysing data from 1960 to 2013, she found that having postdoctoral experience does not significantly improve one’s chances of obtaining a tenure-track job in the sciences, and that it actually reduces average lifetime earnings.

Rather than provide an education premium, Cheng discovered that each additional postdoctoral year is associated with a $3730 (£2800) decrease in ‘undiscounted’ average lifetime earnings, which does not take into account the cost of time spent doing the postdoc. Her findings, presented at a conference of the US non-profit National Bureau of Economics Research in July and yet to be published, are based on data from the US National Science Foundation’s Survey of Earned Doctorates and its Survey of Doctorate Recipients. 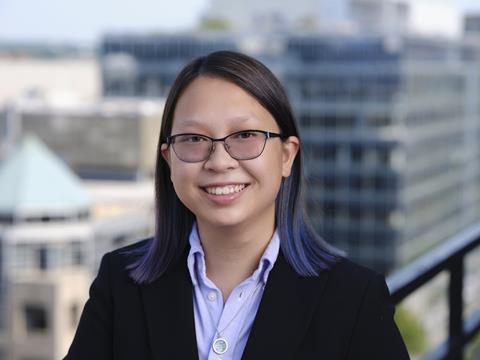 Although postdoctoral researchers transition into permanent positions with equal or higher starting salaries to those who enter the workplace straight from graduate school, their 30-year salary growth is not large enough to compensate for the low postdoctoral pay early in their careers, according to Cheng’s analysis. ‘There’s a lot more transition to industry, which does not value the postdoctoral experience, so you’re losing the wages from the time that you were in the postdoc and getting paid less,’ she tells Chemistry World. ‘And then you have to kind of catch up to the peers who started in industry earlier, even after you’ve left the postdoc.’

In the last half century, Cheng recounts, the amount of time spent in US graduate schools has risen by just over two years across all Stem PhDs – climbing to almost six years between 1960 and 1980 to eight years among 2000 to 2013 cohorts. For chemistry PhDs, the figure has jumped from about five years in the 1970s to approximately seven years in 2013.

Cheng suggests two possible explanations for this trend. First, more knowledge might be required to master scientific disciplines than in the past, and second, Stem PhDs might need to spend more time conducting research and publishing scientific papers in order to get hired.

‘The less rosy story is that people are spending longer in PhD programmes so that they can increase their publications or skill sets so that they’re better able to compete on the job market,’ Cheng says.

Meanwhile, the probability of such Stem PhDs ever obtaining an academic tenure-track position has plummeted, from just under 43% between 1960 and 1980 to around 25% for 2000 to 2013, Cheng found. Overall, she determined that the percentage of PhD chemists with a tenure-track position at any time plunged from 36% in the 1960s to 10% in 2013.

Despite the decreasing likelihood of ever obtaining a tenure-track position, the number of postdoctoral researchers is increasing. By comparing the 1960–1980 Stem PhD cohorts with their 2000–2013 counterparts, Cheng found that the decline in such appointments ranged from a 14 percentage point drop for chemistry PhDs to a 36 percentage point reduction for biological sciences PhDs.

‘Chemistry traditionally has closer ties with industry than, for example, biology, but it seems like perhaps biology and chemistry are kind of converging towards more similar paths,’ Cheng says. ‘Chemistry is becoming more like biology in terms of more of its PhDs going into postdoc positions and transitioning to non-tenure track over industry.’

This trend is a bit concerning, she notes, because it probably means that either the industry market for chemistry is sagging compared with the 1980s and 1990s, or that chemistry and biology are becoming intertwined and so the chemistry career path is taking longer to complete.

Across-the-board, she says, there are fewer tenure-track jobs for Stem PhDs – which are the most stable of the academic positions – and there’s a shift towards more individuals going into non-tenure-track positions that are much less stable and pay significantly less. ‘They’re kind of slightly better than a postdoctoral position,’ Cheng says.

As exclusive as the NBA

Derek Lowe, a pharmaceutical chemist who writes the popular blog In the Pipeline on drug discovery and the pharma industry, is also worried about doctorate recipients spending longer in these unstable, lower paying postdoc jobs despite being highly trained. ‘It’s become so much harder to get any kind of tenure-track academic job because universities are relying so much on adjunct and assistant professors, which don’t pay as well and don’t have nearly the same benefits,’ he says. ‘Universities treat tenure-track jobs as these rare, unusual orchids while the lesser plants are being bought out at the end of the season and thrown away.’

Lowe says people should be aware of the long odds. ‘If you want to get a really nice tenure-track appointment at a really good school, it’s like trying to play in the NBA,’ he states. However, Lowe suggests securing a glamourous postdoc position might create more favourable odds. ‘If you land some bigtime lab … I’ll bet that does help you get a tenure-track position,’ he says. ‘My guess is in the very upper stratum of labs and PIs it probably does help you get that kind of job, and that that is partly because of the connections.’

Cheng believes that it is crucial for Stem PhDs to consider these facts when planning their career paths. ‘It’s important as a Stem PhD to decide how much you value being in academic research, in deciding whether or not it’s worth taking that extra year of a postdoc, and to examine the different paths that are available,’ she states.

Ultimately, Cheng chose an industry job, accepting a position at an economic consulting firm. In the end, she didn’t think a postdoc would significantly increase her chances of scoring a tenure-track post, and she knew the consultancy job would still allow her to pursue interesting research.