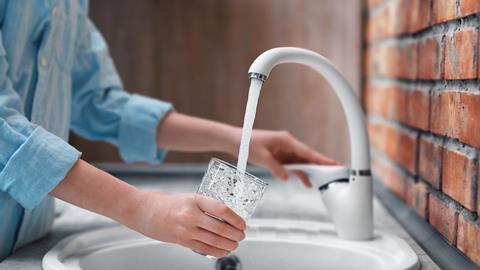 Dramatic gulf between global PFAS guidelines and those in the US

The World Health Organization’s (WHO) has issued new draft drinking water guidelines for two particular per- and polyfluoroalkyl substances (PFAS). These suggested safe levels are dramatically less stringent than the lifetime health advisories that the US Environmental Protection Agency (EPA) issued in June, that have left the US chemical industry reeling.

Issued on 29 September, the WHO’s draft guidelines cover perfluorooctanoic acid (PFOA) and perfluorooctane sulfonic acid (PFOS), which are two of the best known and well-studied of the estimated 12,000 PFAS compounds in existence. They are linked to a host of serious health effects, including suppressed vaccine response, cardiovascular problems and cancer.

The WHO is proposing provisional guideline drinking water values of 100 parts per trillion (ppt) individually for PFOA and PFOS and 500ppt for total combined PFAS, which it says includes the roughly 30 PFAS types that are currently reliably measurable. By comparison, the EPA announced interim updated health advisories of 0.004ppt for PFOA and 0.02ppt for PFOS in June. The EPA figures, which replaced the agency’s non-regulatory health advisories of 70ppt for PFOA and PFOS that were in place since 2016, are thousands of times more stringent than those the WHO is proposing.

The American Chemistry Council (ACC), which represents US chemical companies, immediately announced that it will review the details of these draft values. ‘We encourage [the] EPA to explain why its revised lifetime health advisories for these two chemistries are so far out of sync with WHO and other international regulatory agencies like Health Canada,’ the trade group said, referencing the fact that Health Canada has introduced drinking water guidelines of 200ppt for PFOA and 600ppt for PFOS.

‘EPA’s revised lifetime health advisories for PFOA and PFOS reflect a failure of the agency to follow its accepted practice for ensuring the scientific integrity of its process,’ the organisation added.

The ACC argues that all PFAS chemistries are not the same, and each has its own unique properties and uses, as well as distinctive environmental and health profiles.

The WHO suggests that its proposed guidelines are less stringent than the EPA’s because of ‘significant uncertainties and absence of consensus’ about the critical health endpoints used to calculate a health-based guidance value, as well as the ‘rapidly evolving science’.