The European Commission has called for a dramatic increase in investment in low carbon technologies to address climate change and secure the future energy supply. It proposes that over the next decade, an additional €50 billion (?46.7 billion) will be needed - a near-tripling of the EU’s current annual investment of €3 billion - to implement the European Strategic Energy Technology Plan (SET-Plan). 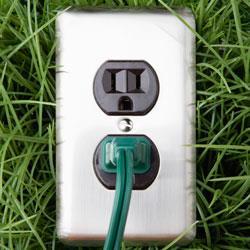 According to economic and monetary affairs commissioner Joaqu?n Almunia, the Commission and the European Investment Bank have already significantly increased funding for renewable energies, but ’We need to mobilise more public and private sector funds,’ he said. The cash is needed to pay for both basic and applied research, as well as early market take-up.

In the current economic climate, this seems like a huge challenge, but it’s essential, claims science and research commissioner Janez Potocnik. ’In crisis times, putting additional investment into low carbon technology can look like a luxury,’ he said at a meeting in Brussels on 7 October. ’But, on the contrary, such investment is part of the necessary structural reform of our economy. It will provide a strong shift to an investment-based growth.’

Technology roadmaps have been drawn up which identify key low carbon technologies in six areas: wind, solar, electricity grids, bioenergy, carbon capture and storage (CCS), and sustainable nuclear fission. Chemistry has a clear role to play in a number of these, says Garry Staunton, technology director at the UK’s Carbon Trust. ’It will have a strong input in bioenergy and a huge impact in getting fuel cells into the market,’ he says. ’Wind is less obvious, but in solar power there is a lot going on, from supporting current technologies to emerging advanced organic photovoltaics.’

If various European initiatives run to plan, 15 per cent of EU electricity will be generated by solar power by 2020 (a programme due to cost around €16 billion over the next 10 years). At least 14 per cent of the EU energy mix is due to come from bioenergy by 2020, at an estimated cost of €9 billion, and carbon capture and storage will need around €13 billion in investment to push through development and reduce the costs of CCS by 2020.

Whether the funding is likely to come from government or the private sector varies from technology to technology, says Staunton. ’For longer term technologies, I think public funding is required in order to make progress. But as you get closer to the market, private funds flow. There’s a transition between public funding and an acceptance that private funding is what’s needed - both in terms of the amount of money needed and the flexibility. A company is flexible, and a grant from the public sector is not as it’s for a defined piece of work.’

Staunton adds that while schemes like the EU’s SET-Plan are very technology focused, one question that needs to be asked is whether the ability of European industry to get fully involved is being moved forward. ’Will they be able to exploit the ideas that emerge, as opposed to just building an underlying capacity which may or may not be ready to seize the day?’ he says.