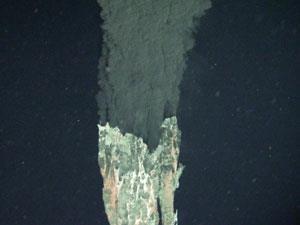 US researchers have engineered a heat-loving microbe to produce a bulk chemical from carbon dioxide and hydrogen. Their results may provide a viable industrial alternative to blue-green algae, which have a much lower efficiency for such chemical transformations.

Microbes are principally used by industry to turn larger organic compounds into smaller, more useful ones – fermenting corn sugars to produce ethanol, for instance. More desirable, though, is direct conversion of carbon dioxide into organic compounds.

Current methods that use blue-green algae are not attractive. 'At industrial scale, effectively supplying light to blue-green algae has proved to be a challenge,' says Gerrit Schut, a bioinorganic chemist at the University of Georgia and co-author of the study. The solution would be to find an organism that does not need light to enable the transformation.

Schut works in Michael Adams' lab, where they may have found the solution. Adams specialises in the study of extremophiles, in particular a microbe called Pyrococcus furiosus found near volcanic vents in the Tyrrhenian Sea off the coast of Italy. It grows best at 100°C, voraciously consuming sugars and producing carbon dioxide, hydrogen and acetate in the process.

Things get interesting when P. furiosus is grown at a sub-optimal temperature of 73°C. At that point, it enters starvation mode where, Adams says, ‘the organism produces enzymes that are extremely active in consuming carbon dioxide and hydrogen’. To all intents and purposes, a reversal of the metabolic pathway.

It is this metabolic pathway that Adams's lab wanted to exploit. 'But genetic manipulation of P. furiosus is not easy,' says Schut. This is because it belongs to the archaea, the most primitive branch of the tree of life.

The trick that worked in the end was to express genes from another microbe, Metallosphaera sedula, in P. furiosus to produce 3-hydroxypropionic acid, a mass produced, globally important bulk chemical. The new pathway still slowly consumes sugars to produce the key intermediate acetyl-CoA. But instead of consuming another molecule of acetyl-CoA, as it would do at optimal temperature, it incorporates carbon dioxide, using hydrogen as a reducing agent.

The high temperature needed to run these reactions is in many ways an advantage. It could, for example, allow production and distillation of the desired products in a single step, which would mean that there will be less toxic load on the microbes.

Industrial production may not have to use microbes though, because Adams, in collaboration with Robert Kelly, a chemical engineer at North Carolina State University, has isolated the enzymes that carry out this reaction. They have now successfully demonstrated the transformation with maltose standing in for acetyl-CoA.

Harry Beller, of the Joint BioEnergy Institute in the US, says: ‘The in vitro experiments provided convincing support for the in vivo reactions under study.’ Beller describes the approach as ‘very innovative’. But he adds: ‘A remaining challenge is to further engineer P. furiosus cells to produce 3-hydroxypropionic acid or other target chemicals at industrially relevant scale from carbon dioxide and hydrogen without requiring an exogenous reduced carbon source, such as maltose, which was added as an acetyl-CoA source in this study.’