Will public access online to information about US chemical plants increase or decrease the security risk?

Republicans in the US have criticised the Environmental Protection Agency (EPA) for proposed plans to put sections of its risk management plan (RMP) database back online, a move they say would make chemical manufacturing facilities more susceptible to terrorist attack.

At issue is the EPA’s December 2011 announcement that it would re-establish internet access to data on the chemicals used at the sites, the measures in place to prevent security breaches and where the chemicals are used at each site - effective July 2012.

’With the growth of several internet search engine based mapping tools, the information you [the EPA] propose to publish can constitute a virtual terrorist roadmap into a chemical facility, triggering devastating consequences,’ warned Republican politicians Fred Upton and John Shimkus - influential members of the House of Representatives energy and commerce committee - in a 10 February letter to EPA administrator Lisa Jackson.

Upton and Shimkus are urging Jackson to reverse the decision. They add that the burden EPA staff might face in addressing Freedom of Information Act requests for the data pales in comparison to the security risks posed by ’unfettered global access’. 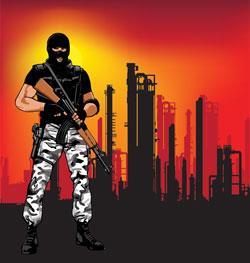 Yonah Alexander, who directs the International Center for Terrorism Studies at the non-profit Potomac Institute for Policy Studies in Arlington, Virginia, US, applauds Upton and Shimkus. ’The letter to the EPA makes a lot of sense and really should command attention,’ he tells Chemistry World. ’We are in a war and we cannot have this luxury of having data related to facilities or materials out there because this information is going to be used against us,’ warns Alexander, an anti-terrorism consultant to various sectors, including the chemical industry.

But some observers are less enthusiastic, claiming that the information is already readily available online through mapping applications such as Google Earth. Paul Orum, a consultant on chemical security issues to the left-leaning Center for American Progress in Washington, DC, and other public interest organisations, says both lawmakers have previously blocked effective legislation to secure chemical plants. He suggests that the proposed online access to the information is likely to increase public demand for disaster prevention at chemical facilities as citizens and government officials become more aware.

Meanwhile, the EPA says it is reviewing the letter and ’will respond as appropriate’. Upton and Shimkus have requested that the agency provide details about its plans by 24 February.