The US Government Accountability Office (GAO) is warning that nanomaterials may be entering the market without adequate risk assessment by the US  Environmental Protection Agency (EPA). The EPA  is still developing its strategy to regulate nanomaterials - defined as technologies that are one-billionth of a meter or less.

’EPA faces challenges in effectively regulating nanomaterials that may be released in air, water, and waste because it lacks the technology to monitor and characterise these materials, or the statutes include volume-based regulatory thresholds that may be too high for effectively regulating the production and disposal of nanomaterials,’ concludes the GAO report, released on 25 June.

Unlike many chemicals, the safety of engineered nanomaterials may depend on the number of particles or the total surface area associated with a substance -measurements that may not be captured adequately by current volume-based regulatory triggers, explains Andrew Maynard, nanotechnology expert and director of the Risk Science Center at the University of Michigan, US. 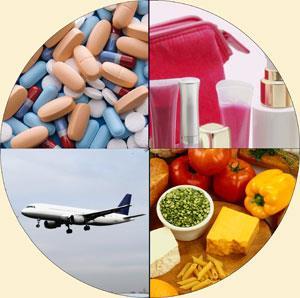 The GAO identified a variety of products that already contain nanomaterials in a number of sectors including aerospace, food, pharmaceuticals and cosmetics

Maynard says products incorporating nanomaterials are reaching the market in the absence of appropriate EPA rules, but that the current regulatory uncertainty is still preventing highly dangerous substances from entering commerce.

’Where engineered nanomaterials are being used that raise greater safety concerns - such as carbon nanotubes - the EPA has been swift to clarify their regulatory status,’ he says.

But the GAO finds that although the body of research related to nanomaterials is growing, current understanding of their risks is limited because some studies were conducted in a way that doesn’t allow for valid comparisons with newer studies. The lack of tools to conduct necessary research on the toxicity and risks of nanomaterials hampers the EPA’s assessment efforts, the report says.

To address these issues, the GAO recommends that the EPA issues a ’significant new use rule’  (SNUR) for nanomaterials; this would require  manufacturers wishing to work with such items to notify the EPA at least 90 days in advance and await a response.

The GAO also suggests that the EPA modifies federal pesticide registration guidelines to require applicants to identify nanomaterials in their products. The report also urges the agency to clarify that nanoscale ingredients in pesticides that are already registered, as well as those for which registration is being sought, must be reported to the EPA.

The EPA concurs with the GAO’s recommendations and says they are consistent with its approach.  The agency  will propose several rules this year, including SNURs for nanoscale materials that are new chemical substances. By December, the EPA will also propose a SNUR for nanoscale materials that are existing chemical substances, and will clarify that applications for registration of pesticides that contain nanomaterial ingredients must identify those ingredients.

But some experts suggest the EPA should require companies to not only identify nanomaterials in their products, but also conduct premarket testing to establish their safety.

The EPA’s Office of Research and Development is conducting research into nanomaterials entering the waterways, and on how to detect and monitor nanomaterials in effluents and aquatic systems. The agency will then consider whether new reporting requirements should be applied to companies that may be discharging nanomaterials into the environment.

Several countries in the European Union, Australia and Canada are also collecting data to understand the potential risks associated with nanomaterials and are reviewing their regulations to determine the need for modifications.