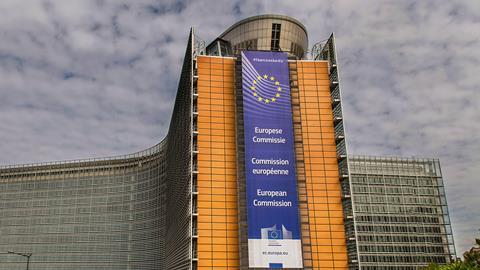 Negotiators for the European parliament, council and commission last week agreed the outline of the Horizon Europe programme, set to begin in 2021, although not the budget or the conditions for non-EU countries to participate. The EU’s huge new seven year multi-billion euro research programme will tackle global challenges such as climate change and try to boost Europe’s innovation output.

The commission has proposed investing €94 billion (£80 billion) in the programme, although parliament wants to put in €120 billion. Lidia Borrell-Damián, director of research and innovation at the European Universities Association (EUA) is impressed by Horizon Europe’s goals, but says they ‘are set too high for the budget that will be finally allocated’.

Around half the funding will go on collaborative research to tackle some of the world’s biggest problems. Five ‘missions’ will cover climate change adaptation, cancer, the health of oceans and waters, climate neutral and smart cities, and soil health and sustainable food. The idea behind this mission approach is to maximise the impact of investment and make it easier for EU citizens to understand its value.

As in Horizon 2020, there will be a series of partnerships with industry covering a broad range of topics. These include global health, hydrogen and sustainable energy storage technologies and digital technologies such as AI.

Another €25 billion is earmarked for fundamental science under the European Research Council (ERC), and the Marie Sklodowska-Curie Actions, which provide funding to train young scientists and organise exchanges. However, the EUA is unhappy that the latter has not had its budget increased in line with overall spending. Borrell-Damián says the programme ‘has really helped cooperation across Europe … and allows [researchers] to raise the level of science in their home countries’.

The commission also plans to spend €10.5 billion to help innovative businesses. Last week, research commissioner Carlos Moedas announced an extra €300 million to ramp up the pilot phase of the European Innovation Council (EIC). For the first time it will offer equity as well as grant funding to high-risk ventures. Moedas acknowledged that politicians don’t have a good track record of picking winners, so the EIC will take a ‘bottom-up’ approach along the lines of the ERC, which gives researchers freedom to come up with ideas. ‘You should not pick the winners, but pick the willing,’ Moedas said.

The EU wants to widen participation amongst its newer members too. A new ‘hop on’ mechanism will allow organisations in those countries, which tend to have weaker research bases, to join existing consortia without a lengthy application process.

Which non-EU countries get to participate in Horizon Europe has yet to be decided – currently Switzerland, Norway and Israel are associated countries. The Guild of European Research-intensive Universities is urging the EU to form a strong relationship with the UK ‘to sustain Europe’s outstanding strength in research, innovation and education’, and to lay the foundation for full UK association in Horizon Europe and Erasmus, so as to provide clarity for students and researchers.

Parliament and EU member states still have to approve last week’s deal, and agreement on the long term EU budget isn’t expected before the end of the year.