The European Commission has responded to calls from researchers to cut red tape in EU funding processes and has also proposed radical changes to EU research funding policies, moving towards linking payment to results.

An online petition asking for a simplification of the EU research funding process garnered widespread support from Europe-based scientists, claiming funding should be based on trust and responsible partnering, and cumbersome financial regulations should be simplified. 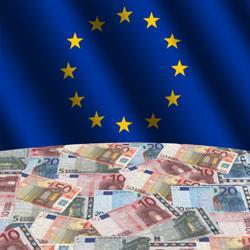 How researchers access EU funding is set to change

When announcing the commission’s proposals yesterday, M?ire Geoghegan-Quinn, commissioner for research, science and innovation, said she agreed with ’every single word’ of the petition’s declaration. ’I want researchers to spend more time in the lab and less time in the office,’ she said. ’Nearly 11,000 people have signed [the petition]. SMEs [small and medium sized enterprises] are telling us almost the same thing - they want to take part, but some are hesitating over the administrative burden. Our proposals can deliver simplification without compromising on financial control.’

The proposals fall into three strands. The first looks at streamlining proposal and grant management under the existing rules, and the second adapting the rules under the current cost-based system. However, it is the third that could bring about a dramatic change to the way the EU funds research.

Currently, research is funded on the basis of input factors such as counting hours. ’What the commission is proposing is a shift to a more output oriented financing,’ says Olivier K?ttel, director of Euresearch in Switzerland, and one of the petition’s organisers. ’You would then negotiate with the commission according to how much the research is worth, and be funded according to the results you produce. This is interesting - and really new.’

This approach would not be without its problems, not least how it is put into practice. ’The commission is proposing to give lump sums, but as far as I am aware no countries have gone this far with national funding,’ K?ttel says. ’Yes, some countries give lump sums for fellowships, but to finance a big research project on a lump sum and outcome oriented basis - that is really interesting.’

Many of the changes the commission wants to make will involve a change in the legal framework of European research funding so, realistically, will have to wait for Framework Programme 8, which is due to start in 2014. However, some can be implemented under FP7, such as making the application of auditing rules more consistent, and improving the structure and content of calls for proposals.

’These proposals require a decision of the European Parliament and the Council,’ Geoghegan-Quinn said. ’But changing the rules applying to FP7 projects while they are half-way through would create confusion. It could be a cure worse than the disease.’

’In nearly 10 years being involved with European research, I have never been so optimistic as I am today!’ K?ttel says. ’There is still a lot of work to do to explain to the parliament why we need these changes, as not everyone understands what the problem is. There is agreement now within the research community; there is agreement on the commission’s side; we now have to convince parliament and council to change things. The commission’s proposals are a good basis for discussion.’

8.6 billion (?7.4 billion) in its draft budget for 2011 as part of its plans to boost economic recovery. This represents an increase of almost 14 per cent. ’The draft budget gives Europe and its citizens incentives to develop an economy for the future: research and innovation, sustainability and inclusion are its cornerstones,’ said EU budget commissioner Janusz Lewandowski.