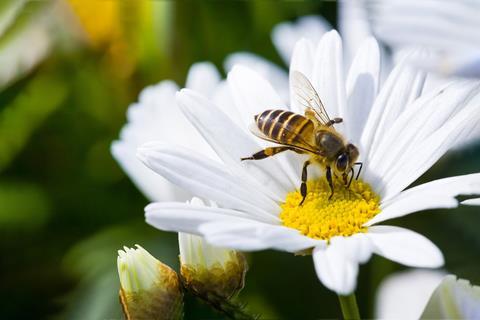 A review into neonicotinoid pesticides by the European Food Safety Authority (EFSA) has concluded they pose a risk to wild bees and honeybees.

Three such pesticides – clothianidin, imidaclroprid and thiamethoxam – had already been hit with a moratorium on use in flowering crops in 2013 following an EFSA risks assessment that linking them to bee declines.

Three new assessments published this week looked at the pesticides’ impacts on honeybees, wild bumblebees and solitary bees. They combined a systematic review of published literature with studies from academics, beekeeper associations, chemical companies, farmer groups, nongovernmental organisations and national authorities that were sent to EFSA in response to an open call for data in 2015.

‘There is variability in the conclusions, due to factors such as the bee species, the intended use of the pesticide and the route of exposure…but overall the risk to the three types of bees we have assessed is confirmed,’ said head of EFSA’s pesticide unit Jose Tarazona in a statement.

The next step needs to be a reduction and control in any kind of application, including spraying. They should only be used in controlled conditions or as a last resort.

The assessments found that bees foraging on the treated crop and in nearby fields are likely to be exposed to harmful levels of neonicotinoid pesticide residues, and that plants and soil in the vicinity can be contaminated by dust drifting away from the field.

In some situations, neonicotinoids persist in the soil and accumulate, with residues then ending up in the pollen and nectar of newly grown plants. Though information on this is limited, EFSA concluded that bees might still be exposed to harmful levels of the controversial pesticides through this indirect route.

‘What has emerged since 2013 is that these pesticides turn up in flowers, not just the crop, and contaminate soils,’ says bee ecologist Dave Goulson from the University of Sussex, UK, who has studied this phenomenon. ‘If you plant a flowering crop where you previously grew [treated] wheat, then the pesticides will turn up in the new crop. Banning their use in flowering crops isn’t stopping bees being exposed to them.’

Neonicotinoids are still widely used as a seed dressing in crops such as wheat, soybean, beet and potato. The European Parliament is likely to debate the risk assessments and a complete outdoor ban may be on the cards. ‘Politicians should now accept that applying these three neonicotinoids as seed coverings must be totally forbidden,’ says bee neurobiologist Randolf Menzel at Free University Berlin, Germany. ‘The next step needs to be a reduction and control in any kind of application, including spraying. They should only be used in controlled conditions or as a last resort.’