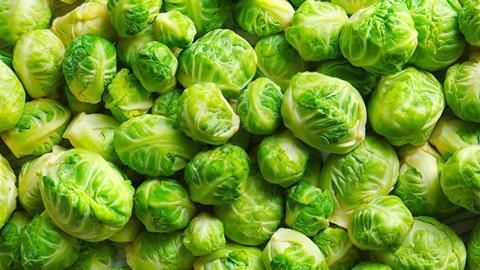 Explainer: The chemistry of farts

Unpleasant fart smells are a mild inconvenience when compared against the explosive hazard a build-up of gas might pose. Complex carbohydrates like fibre from our food passing undigested through our small intestine could be converted to over 13 litres of highly flammable hydrogen daily.1 It’s surprising this potential danger isn’t being trumpeted more widely – and perhaps more surprising still that doctors and scientists try to use it to diagnose diseases.

Surely we can’t produce that much hydrogen, or we’d all be gone with the wind? What gives? 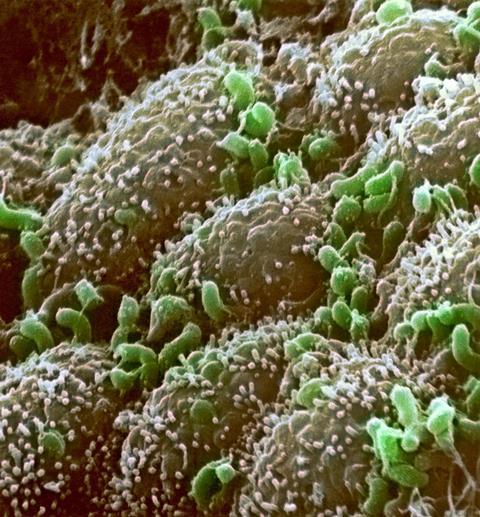 Gut bacteria chomp through hydrogen – luckily for all of us

Up to two kilograms of microorganisms inhabit our colon, fermenting the roughly 40g of complex carbohydrate thought to reach them each day. Colonic bacteria can produce around a third of a litre of hydrogen per gram of carbohydrate, which could equate to over 13 litres per day. But the microbial mass is effectively a refinery converting partially-digested food into substances that often influence our health, in which hydrogen produced by Firmicutes bacteria is also a feedstock.2 For example, some bacteria react hydrogen with sulfate ions and make hydrogen sulfide gas, which not only brings a noxious, rotten egg smell, but is flammable itself. Archaea microbes can also lower the flammability level by reacting four molecules of hydrogen with one of carbon dioxide to make one of methane and two of water.3

So, after all this chemistry, what gases are in our farts, and in what quantities?

Most of the gases we release from our bowels are odourless, with up to a quarter being simply oxygen and nitrogen from swallowed air. Although – as you’ll have smelled – farts differ greatly from person to person, around three quarters is carbon dioxide, hydrogen and methane produced by our gut flora. Only a third of us have methane-generating flora, according to gastroenterologist Michael Levitt from the Minneapolis Veterans’ Affairs Medical Centre in the US. Since the 1970s, Levitt has led the way in determining gut gas compositions, sometimes by inserting tubes into patients’ rectums to collect their farts. Having even used the apparatus on himself, he considers it ‘a pain in the rear end – literally for the experimental subject and figuratively for the investigator’.

In 1998, Levitt’s team used rectal tubes for a detailed study of fart compositions in six healthy women and 10 healthy men over four hours.4 The total gas the subjects released ranged from 106ml to 1657ml, but only four released any methane, and the biggest farter produced over half a litre of hydrogen. And Levitt’s team’s measurements suggest the smelly components don’t use up much hydrogen either. Together, hydrogen sulfide, methanethiol, which smells of rotten cabbage, and garlic-like dimethyl sulfide on average comprised just 50ppm of each fart.

How many farts does that work out as?

Over four hours, the 16 subjects farted between three and nine times, with an average volume of 100ml per fart. That frequency fits neatly into the range Rosemary Stanton and Terry Bolin from the University of New South Wales in Australia saw in healthy people, also in 1998.5 Stanton explains that they studied farting because they ‘discovered that people were avoiding many foods containing dietary fibre because they believed that flatulence was a sign of poor digestion’. They therefore asked 60 men and 60 women to count their farts and track their food intake. The men farted between two and 53 times a day, with an average of 12.7, while women farted between once and 32 times a day, with an average of 7.1 times. The number of farts was higher when people ate more fibre. The study shows farting is normal, Stanton says. ‘I hope that has translated to people being prepared to eat more foods high in dietary fibre.’

How can gases only produced in our gut reveal anything about our health?

There is evidence that gut microbe imbalances linked to like irritable bowel syndrome (IBS) and other diseases cause changes in hydrogen and methane levels, says Ben de Lacy Costello from the University of the West of England, UK. It’s possible that methane can contribute to constipation, as it seems to inhibit the gut muscle contractions known as peristalsis. Likewise, hydrogen sulfide can stifle muscle contraction, and is linked to damage in the intestinal walls and perhaps inflammatory bowel disease (IBD) and colon cancer too. However there are questions about breath testing’s usefulness because many people produce lots of hydrogen and methane for a variety of hard-to-disentangle reasons. And Levitt says he doesn’t believe that methane production has got anything to do with irritable bowels. 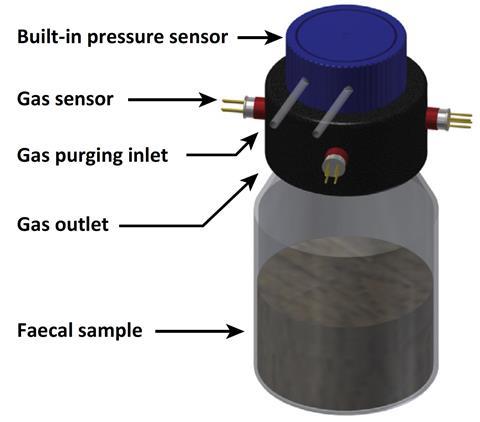 Consequently, De Lacy Costello and his colleagues have moved beyond the most common gases to studying volatile compounds released from faeces in very low concentrations.6 Initially, they mimicked conditions in the large intestine by mixing faeces and nutrient medium in a container. They absorbed volatile chemicals onto plastic fibres above the mixture or pumped out through a tube, to be analysed by gas chromatography coupled with mass spectrometry. The team found 297 compounds, including volatile sulfur compounds, and molecules like indole and skatole which are often linked to the smell of faeces. They also found other, more pleasant smelling compounds, including alpha- and beta-pinene and limonene. The patterns of these compounds differed between healthy people and those with ulcerative colitis, or diarrhoea-causing Clostridium difficile and Campylobacter jejuni infections.

Does the pinene and limonene mean there should be piney, lemony hints to the smell of farts or faeces?

Perhaps, but even at very low concentrations relative to other compounds indole, skatole and sulfur compounds can still dominate the odour profile, De Lacy Costello says.

Isn’t collecting compounds from faeces like his team has done a bit long-winded to be useful?

In another study, published in 2014, they replaced the mass spectrometer with a simpler, cheaper, metal oxide semiconductor detector, which could allow the overall system to be miniaturised.7 ‘If you can design an instrument that can classify samples just from their patterns of volatiles, then it may be possible to diagnose disease without knowing the actual identities of the compounds,’ De Lacy Costello says. So far, the system can distinguish faecal samples from patients with IBS from patients with IBD with 76% accuracy. De Lacy Costello’s team are also developing an ‘electronic nose’ to try to use as an early warning test or screening tool for colon cancer.

So will it be possible to test for diseases by measuring farts?

‘There is a high chance that some diseases may be able to be diagnosed in the future by direct monitoring of bodily emissions, such as farts, skin emissions, or breath,’ says De Lacy Costello. ‘This is certainly the aim of teams of scientists around the globe.’ Levitt thinks you could potentially use farts for diagnosis if you trapped them using rectal tubes like he did. However, he believes that otherwise the effect of air diluting the gases and trace compounds would be too uncontrollable. So sadly, the idea may turn out to be a load of old guff. 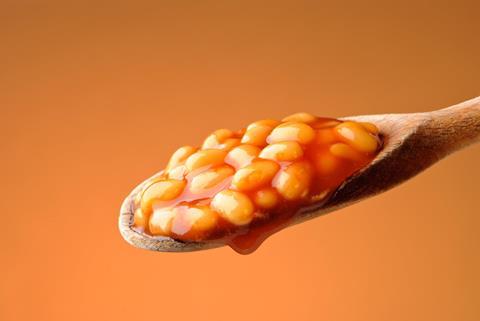 Just how musical are they…?

Do beans really make you fart?

In 2011, three different trials conducted over several weeks found that around half their participants reported farting more when they started eating pinto beans or baked beans every day.8 However, the increase wore off as the diet continued, with affected participants’ systems adjusting, and their fart frequency falling back towards normal after a few weeks. Levitt has experienced this effect first-hand. ‘There’s something funny about beans in that there’s individual-to-individual variations, and variations with time, and I don’t know what it’s all about,’ he says. ‘But I have given a guy beans, and there’s no doubt he makes more gas on the beans than he did on any other kind of carbohydrate.’

What is the best way to control farting?

‘Don’t hold onto it for too long – that produces pain and IBS in susceptible people,’ Stanton says. ‘Avoiding dietary fibre may reduce gas production but dietary fibre is important for many reasons – it decreases risk of colorectal cancer, haemorrhoids and diverticula. Soluble fibres in oats and many fruits and vegetables increase growth of “good” bacteria in the colon. The bacteria then produce short chain fatty acids which are absorbed from the colon and help reduce serum cholesterol and maybe blood glucose levels.’ In Levitt’s experiments eating activated charcoal four times daily for a week failed to control fart odour or volume.9 Other than the undesirable option of eating less fibre the only other suggestion he has is ‘stop swallowing air’. So, as long as the farts aren’t causing you physical pain, you and those around you may just have to learn to turn the other cheek.