First synthesis of aza-triangulene in solution 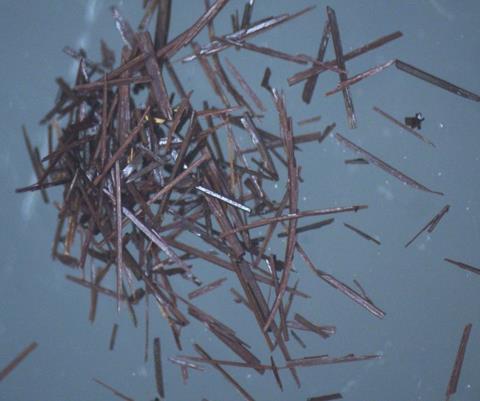 Crystals of the stable aza-triangulene cation

For the first time, chemists have synthesised single crystals of aza-triangulene and its cation. These high-spin species are especially unstable – and until now they were only accessible via on-surface synthetic methods, which require complex manipulations with microscopes.

Starting from an amine decorated with aromatic groups, chemists built the structure of aza-triangulene through a series of Suzuki couplings, cyclisations and redox reactions. The addition of bulky electron-withdrawing groups stabilises the structure, extracting energy density from the unpaired electrons and blocking the most reactive sites of the molecule. This strategy – dubbed heteroatom doping – could find further applications in the preparation of other unstable species. 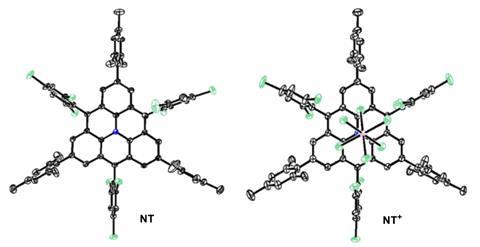 The structure of aza-triangulene (left) and it cation (right)

Additionally, the team oxidised aza-triangulene to its cation, an isoelectronic analogue of the parent all-carbon molecule. The researchers could crystallise both compounds, which allowed a comprehensive characterisation with electron paramagnetic resonance and cyclic voltammetry. These provided confirmation on the high-spin states, as well as detailed information on the magnetic properties and bond lengths of this exotic species. Computational calculations support the experimental results.