New analysis of the global nitrogen cycle suggests nitrogen fixation and denitrification are closely coupled in space and time.

Researchers in the US have found that, reassuringly, the global nitrogen cycles can be more easily balanced out than previously thought, as sources and sinks of usable nitrogen are geographically close and respond to each other in rapid feedback. 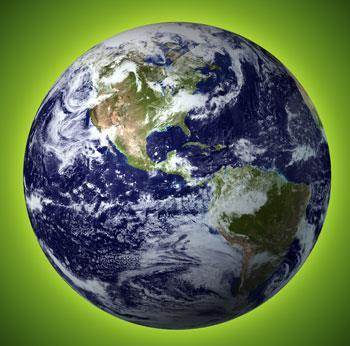 Conventional wisdom in biogeochemistry suggested that most of the nitrogen fixation in the oceans was going on in the Atlantic, where the supply of iron, required by the nitrogenase enzyme, is more plentiful. However, the evidence also suggested that most of the loss of fixed nitrogen (denitrification) occurred in the Pacific. With such a vast distance between producers and consumers, the equilibrium between the two processes might have taken millennia to adjust to changes in environmental conditions, such as the current climate change.

Curtis Deutsch from the University of Washington at Seattle, together with colleagues from four other institutions across the US, has developed a new way of analysing the existing data on nitrogen cycles, based on the parameter P*, which describes the relative excess or lack of phosphate ions with respect to the predicted ratio between N and P consumption (normally 16:1).

Deutsch and colleagues now conclude that inhabitants of the Pacific Ocean are responsible for around two thirds of the total nitrogen fixation that occurs annually in the oceans (estimated to be 140 million tons). The Atlantic contributes less than 20 per cent. Thus, the sources and sinks of usable nitrogen are geographically closer than anticipated. Furthermore, the analysis suggests that the supply of iron from the continents is not the limiting factor for nitrogenase activity. Instead, it looks as though nitrogen fixation is encouraged by a shortage of nitrate in a negative feedback loop, which stabilises the overall nitrogen balance of our planet.

Douglas Capone from the University of Southern California at Los Angeles thinks that this work settles the nitrogen balance: ’Deutsch et al have provided a possible solution to the current perception that the primary biological pathways of input (i.e. nitrogen fixation) and removal (i.e. denitrification) are out of balance and not well connected spatially or temporally,’ he told Chemistry World. ’If this were the case, the oceans would rapidly run out of reactive nitrogen and they would be a boring place - at least biologically speaking.’

But this interpretation isn’t shared by all.  ’I do not see how this balances the global nitrogen account,’ said Vaclav Smil at the University of Manitoba, Canada. ’As always, with these global exercises, there are too many concatenated assumptions,’ Smil told Chemistry World. ’Interesting, but necessarily only approximate: people do not stress enough how wobbly these global exercises are.’ While there remains a discrepancy between the global estimates for output and removal, both Capone and Deutsch think that this is more likely to result from an overestimate of denitrification than from a real imbalance in the nitrogen cycle.