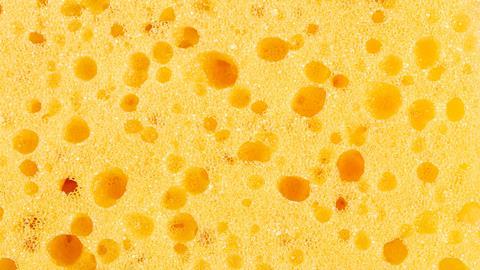 The error-prone estimation that is the current gold standard for characterising a material’s porosity could be replaced by a new piece of software that is far more accurate. The method, already tested by 61 leading laboratories, increases reliability and reproducibility, and redefines the gold-standard of adsorption measurements – surface area calculations.

Surface area provides a good estimate of how much fluid fits into the pores of activated carbons, zeolites, metal–organic frameworks (MOFs) and other porous materials. Traditionally, scientists estimated these values by inputting experimental data into the Brunauer–Emmett–Teller (Bet) equation, which dates back to 1938. However, the team of David Fairén Jiménez at the University of Cambridge, UK, discovered some disparities.

‘It was pure serendipity,’ explains Fairén Jiménez. ‘We were analysing the same material in two devices, and the Bet equation estimated totally different adsorption areas,’ he adds. To confirm the results, the team shared their data with other international experts, who reported identical inconsistencies. ‘The Bet equation is the bread-and-butter of adsorption studies, but the experiments suggested it sometimes fails.’

This happens because, to apply the Bet equation, scientists must pick their best experimental data. ‘We need to define the [most] linear region of the adsorption isotherm, … this choice affects the outcome, because the calculated surface area depends on that [data] range,’ says Michelle Ernst, who studies MOFs at the Heidelberg Institute for Theoretical Studies, in Germany. Therefore, French physicists Jean and Françoise Rouquerol suggested a list of criteria, looking to standardise the results. ‘However, even these criteria remain ambiguous, [and] the reported surface areas of porous materials vary among research groups,’ adds Ernst.

After collecting the results of over 60 different laboratories, the Fairen Jiménez team observed big deviations. In some cases, the differences were fivefold – equivalent to estimating the surface area of Glasgow and coming up with London. ‘We decided to introduce new criteria to the Rouquerol list, and to design a piece of software to implement them independently,’ he explains. This programme – dubbed Betsi – is open-access, available to all surface scientists. ‘Betsi, for the first time, makes unambiguous assignments for surface areas.’

Tina Düren, an expert in adsorption and simulation at the University of Bath, UK, explains the Bet equation wasn’t originally designed for microporous materials, but flat surfaces. ‘Nevertheless, everybody uses it, because it provides a nice benchmark, alongside pore size,’ she adds. The manual input required for the original Bet procedure prompted cherry picking, and often inflated Bet surface areas. ‘People could play games with the data points used … to get the best results,’ she says. ‘The Betsi tool has a great strength, because it pinpoints the ideal measurement and takes away all ambiguity.’

Although the analysis is different, the data remains the same. Researchers could perform new studies on existing materials, increasing reproducibility and transparency. ‘The geometric surface area is already a descriptor in computational programmes, this Betsi number could become one too,’ explains Düren. This could lead to better predictive machine-learning models and better comparisons across materials and laboratories. Düren hopes equipment manufacturers will also adopt Betsi, and soon supply updates for their instruments. ‘I think people will adopt it, try it in their labs,’ concurs Russell. ‘It’s straightforward, self-checking, and takes away the human error – it simply spits out the numbers that you’re looking for.’