Protocols to restore contaminated water supplies are not based on science 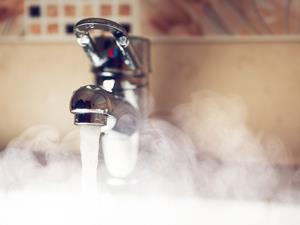 A science-based approach to decontaminate plumbing systems is currently lacking

Instructions given to the public by water companies and other authorities in the aftermath of chemical contaminations are inconsistent and not validated by science. So say scientists in the US who are developing models to understand complex plumbing systems to ensure consumers get the best guidance on how to regain access to safe drinking water.

In January 2014, more than 29,000 litres of (4-methylcyclohexyl)methanol, a potentially toxic, colourless oil, leaked into the Elk river in West Virginia, US. A research team led by Andrew Whelton, then at the University of South Alabama, drove almost a thousand miles to provide assistance to residents affected by the incident.

West Virginia American Water (WVAW) did not know how to eliminate the chemical from the supply. Unfunded and with scarce resources, ‘we got engaged because it was the right thing to do; people needed help,’ says Whelton, who was contacted by the state’s governor for guidance about the clean-up. ‘We just drove into the area and started doing work.’

In the last two years, more than a million people in Canada and the US have been affected by similar incidents. Large-scale water contamination incidents are not uncommon, yet there has been little research into purification procedures.

A study by Whelton, who is now at Purdue University, and his team has since revealed that recommendations received by residents of affected areas were, at the very least, questionable. ‘When you try to tell the public how to decontaminate their systems and you do not understand science, you can harm people,’ he explains.

For most incidents, residents were told to flush hot and cold water from their pipes for defined periods of time. But the guidelines were not clear, nor consistent. The temperature, the sequence or the duration of each flushing were not decided upon scientific evidence. For instance, certain aspects, such as the presence of water-saving fixtures, reduce the flux of fluid and, consequently, the ability to scour contaminants from the pipes.

Back in the lab, Whelton and colleagues have made a mass balance water heater model to gain a better understanding of the processes involved. ‘This is the first study to consider how to clean up contamination events affecting building plumbing systems and provides sound guidance to better protect consumers during future drinking-water crisis,’ says water treatment expert Marc Edwards from Virginia Tech in the US.

However, it lays only the foundation stone in an area that needs extensive research. After a successful initial step, Whelton and his team are designing new facilities to reproduce field conditions and test hypotheses. ‘This work is really the tip of the iceberg,’ he says. ‘We need researchers to come together and figure this out.’