Survey finds almost 20% of respondents contemplating going abroad, but the findings are criticised as unscientific 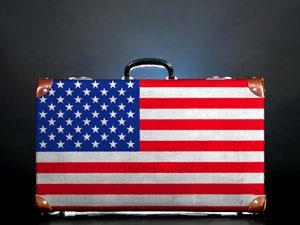 A new report paints a bleak picture of scientists conducting government funded research in the US. As many as 18% of US scientists questioned for the analysis are considering taking their research to another country. And the key driver for this dissatisfaction is across-the-board budget cuts.

The analysis, by the American Society for Biochemistry and Molecular Biology (ASBMB) and 15 other scientific organisations, is based on a survey off more than 3700 scientists from across the US in June and July. The ASBMB says the reasons so many scientists are considering packing their bags are two-fold: budget reductions at research agencies and the effects of the government’s automatic spending cuts, known as sequestration. The report has generated a lot of media attention and been touted by science advocacy groups as further proof that the US is losing its preeminence in science and innovation. But some experts criticise its findings as unscientific.

Among the survey respondents, more than 64% reported receiving decreased grant funding since 2010. Meanwhile, 25% said their funding had remained stable and more than 10% actually saw an increase in financial support. This comes despite the fact that 80% of those researchers reported spending more time writing grants than they did in 2010.

When it came job losses, nearly half of those surveyed have laid off researchers and 55% have seen a colleague lose their job. In addition, 25% said they anticipate having to lay off people soon, but only about 3% of the respondents had actually lost a job themselves.

Further, more than two-thirds of survey respondents said they lack the money to expand their research operations and only 2% reported being able to find private funds to make up for those lost from government grants. However, only 1.5% of the respondents have had to close their research labs, with another 2.6% reporting that they are in the process of doing so.

Nearly 84% of those responding to the survey are in the biological and biomedical fields, and just under 8% are chemists.

Beyond the sequestration, the report also noted that US investment in research has stagnated and failed to keep pace with inflation over the past decade. From 2002 to 2010, the report states that government funding for scientific research increased steadily. However, after inflation money for science remained flat over this period. Since 2010, however, investment in science has fallen in actual and inflation terms, suffering a nearly 20% reduction in purchasing power in three year.

Despite all the publicity surrounding the report, some insiders remain sceptical and caution that its findings shouldn’t be extrapolated too widely. ‘We know what the size of the sequestration is and that the impacts are between 5 and 10%,’ Michael Lubell, director of public affairs at the America Physical Society, tells Chemistry World. For the US National Science Foundation, which allots research grants over a three-year period, he says the sequestration’s 5% reduction translates to an impact of about 15% on new grantees. ‘We can’t get from 5% up to 55%, so you know that this is not an unbiased sample,’ he adds.

ASBMB’s spokesperson Ben Corb acknowledges that the survey is not scientific. ‘I can’t provide you with a margin of error; it is a self-selecting survey,’ he says. Nevertheless, Corb says that the report ‘continues to put pieces together of the puzzle that paints the picture of a scientific enterprise under continuing and growing pressure’. Anecdotally, he says, it’s clear that there are better opportunities in countries like China and Singapore.

Lubell agrees that sequestration and overall budgetary pressures in the US have harmed its scientific community. But he says the percentages identified in the report are meaningless, although the absolute numbers are relevant. ‘This is a terrible thing, but you can’t take this any further than that and draw any conclusions about the overall scientific population being affected,’ he says.

However, it seems that President Obama may have missed the memo. On 29 August, he sent out a tweet in response to news stories about the report, saying: ‘Due to the #sequester, nearly 20 percent of scientists are considering moving overseas.’

Meanwhile, lobby groups like Research!America share concerns about a scientific brain drain from the US. ‘China is aggressively wooing Chinese nationals who have trained in the US by offering very generous funding,’ says Mary Woolley, the organisation’s president and CEO. ‘Other nations that are attractive to US scientists now include those whose governments have committed to science, even in a time of general economic austerity: the United Kingdom, Singapore, Sweden and Australia.’