Googling for new drug side effects 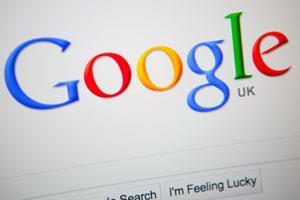 Previously unknown prescription drug side effects have been revealed by the searches people do online. Evidence was found that a specific drug pairing caused hyperglycemia – raised blood sugar – by examining searches made by 6 million web users. Scientists say it could transform drug surveillance.

‘The first thing anyone does when they start to feel bad is tell their loved ones and then go online and type into a search engine like Google how they are feeling,’ says co-author Nicholas Tatonetti of Columbia University, US. ‘Millions of people are searching all the time, with billions of searches captured every day. This gives us a new opportunity to capture a lot more data and a new way of performing surveillance for adverse drug events.’

Currently, the side effects of drugs on the market are tracked using manual reporting. Underreporting is common and side effects are easily missed.

Scientists at Microsoft, Stanford and Columbia University in the US automated the analysis of web search data. For the whole of 2010 they followed the searches of 6 million web users who opted to share their information. At the end of the test, the technique successfully pinpointed a link between taking paroxetine, an antidepressant, and pravastatin, a cholesterol-lowering drug, and hyperglycemia. ‘An increase in searches with terms linked to hyperglycemia was found for a combination of drugs versus for cases where only one of the pair of drugs had been queried for,’ explains lead author Ryen White of Microsoft.

Side effects pop up for many drugs after they are approved because clinical trials involve a relatively small and homogenous group of patients. Once a drug is released onto the market, the large, more diverse population means that unforeseen adverse events can start to appear. In the US alone, adverse events cause thousands of deaths each year and cost billions of dollars.

‘We hope to create systems that will allow us to detect side effects caused by drugs very early after they are released to market,’ says co-author Ross Altman. The side effect tracking software was inspired by earlier tracking of seasonal flu outbreaks by log monitoring. Tatonetti says that it may even be possible to spot triple or quadruple drug-drug interactions.

‘Other recent studies have used similar data sources, such as Google Insights, to investigate health effects of the economic crisis, such as depression, anxiety, and alcoholism,’ says Jon Cylus, a research fellow at the European Observatory on Health Systems and Policies at the London School of Economics. ‘I think this method should be explored further to investigate systematic reports of side effects from particular drugs or drug combinations. Use of such data by organisations, such as NICE in the UK and the FDA in the US, could better ensure that drugs on the market are safe and lead to earlier recalls for those that are not.’