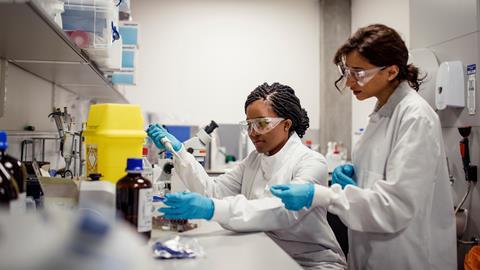 Half of Britons wish they’d pursued a career in science

A survey of attitudes to science commissioned by manufacturing giant 3M suggests around half of people in the UK regret not embarking on a scientific career.

3M’s 2019 State of Science Index (SOSI) used interviews and online questionnaires to survey attitudes to science in a sample of more than 14,000 people across 14 countries. In the UK, 48% of roughly 1000 respondents said they would pursue a career in science if they could go back and start again. Several reasons for not working in science, technology, engineering and maths (Stem) were given – 27% said they didn’t consider themselves clever enough, while 25% said they did not do well in science at school, and 24% hadn’t been interested in these subjects at the time.

3M says these trends could damage the UK’s strong international reputation as a leader in science and technology, and that there is the potential for damaging stereotypes being passed on to future generations. Of UK parents surveyed, 35% admitted making potentially discouraging statements to their children such as ‘I am not a science/maths person’ or ‘science/maths won’t be important for your career in the long run’. At the same time, 60% of respondents think other countries value science more than the UK.

‘The UK findings of this year’s SOSI clearly show that there is a disconnect between the way people perceive Stem careers relative to their own ability,’ said Jayshree Seth, corporate scientist and chief science advocate at 3M, in a statement. ‘There is work to be done by the science industry in breaking down these barriers and making science accessible, both in terms of creating an environment where Stem careers can be pursued, and people feel inspired to take an active interest in how science can meet the world’s most pressing challenges.’