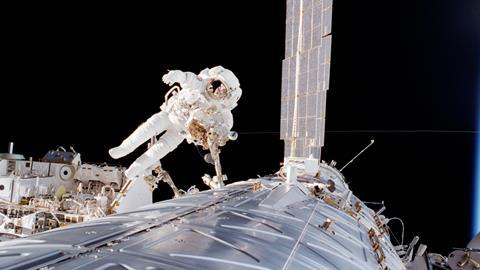 How Nasa has contributed to chemistry

On 1 October the National Aeronautics and Space Administration (Nasa) officially marked its 60th anniversary. From exploring faraway planets to creating innovative technologies, Nasa’s contribution to our understanding of the universe has been vast. But contrary to popular belief, they’re not exclusively to do with astronomy and outer space – Nasa has lent a helping hand to the world of chemistry in ways you might not have realised.

What’s Nasa got to do with chemistry?

We all know Nasa’s most famous feat – landing a man on the moon – which was fuelled by the goal to ‘reach for new heights and reveal the unknown for the benefit of humankind’. But this doesn’t just limit Nasa to sending space shuttles off on cosmic conquests – there’s plenty that chemistry has also brought to table.

Nasa’s chemistry ventures take many forms, including astrochemistry (the study of atoms and molecules in space), atmospheric chemistry (the chemistry of Earth’s atmosphere) and planetary chemistry (the study of planets and their planetary systems). Astrology, geology, systems design and even healthcare are underpinned by chemistry. This equips Nasa scientists with vital background knowledge for identifying and investigating substances and processes, designing technology and developing and testing chemical theory. In fact, without chemistry driving key research, many of Nasa’s achievements wouldn’t even exist.

How has chemistry played a role in Nasa’s history?

Since forming in 1958, Nasa’s timeline has been studded with notable moments and events – though not all of which conjure immediately happy memories. It’s thanks to chemistry that some of these problems were solved and later rectified.

In 1986, the second of Nasa’s space shuttle orbiters, Challenger, was ripped apart just 73 seconds after launch, killing all seven crew on board. Physicist Richard Feynman was among the panel recruited to investigate the cause of the explosion. He discovered that a major consideration had slipped the engineers’ minds: the rubber of the O-rings, used to seal together the solid rocket boosters (SRBs), didn’t expand at anything lower than 0°C – the exact temperature on the day of launch. To demonstrate the problem, Feynman dropped an O-ring gripped with a C-clamp into a glass of ice water during the televised hearing into the disaster. In doing so, he showed that this created a gap between the SRBs that allowed gas to escape, turning into a flame that caused the hydrogen fuel tank to heat up and subsequently explode.

Another notable historic moment was Nasa’s third lunar mission in 1970, during which one of the oxygen tanks of the Apollo 13 spacecraft exploded due to a fire caused by an exposed wire. With power depleted and their mission aborted, the three astronauts on board needed to safely return to Earth while rationing food, water and heat. In doing so, they lost a collective weight of more than 14kg over their 142-hour stint in space – a record for any crew. Luckily, chemistry was there to save the day.

Without knowledge of the inner workings of the Apollo 13 craft (and the environment), it wouldn’t have been possible to overcome many of the problems the crew faced. A makeshift adaptor for the lithium hydroxide canisters to remove toxic CO2 build-up was made out of spare parts, and residual power from batteries was used to restart the command module and take the crew back to Earth. The astronauts also had to manually fire the engine of the lunar module (which usually stays on the moon’s surface) to put them on the right trajectory to re-enter the atmosphere.

The mission has been referred to as ‘Nasa’s finest hour’ and has inspired films, TV episodes and even a theatre production. In light of the incident, Nasa made several changes to their spacecraft design including adding an extra oxygen tank and water storage bags to prevent something similar from happening again (which, thankfully, it hasn’t).

Have chemists been astronauts? 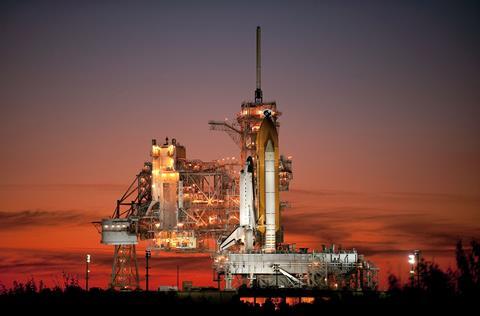 Yes; there have actually been many over the years. John Llewellyn was the first ever chemist to be selected as a Nasa astronaut, although he later resigned after being unable to complete the piloting course. Chemist Helen Sharman was the first British astronaut to visit Russia’s Mir space station (though not with Nasa) while Cady Coleman, who holds a PhD in polymer science, spent 159 days on board the International Space Station (ISS).

Chemistry graduate Leland Marvin didn’t start out with a keen desire to be an astronaut and only applied to Nasa’s astronaut program after being encouraged to do so… twice. He has since been on two missions to the ISS.

What chemical innovations have come out of Nasa?

Nasa scientists have developed lots of useful substances: anti-corrosion coatings made from zinc dust and potassium silicate have prevented rusting of launch equipment at coastal space centres – as well as the Statue of Liberty – and emulsified zero-valent iron can break down toxic chemicals, including trichloroethylene (‘trike’), that are left behind after a shuttle launch.

These innovations are also found in the home. Memory foam can be used to gives mattresses ‘spring back’ softness but it was originally designed by Nasa to provide cushion and crash protection for pilots and passengers during flights. We also have Nasa to thank for scratch-resistant, UV-filtering eyeglasses that use dyes and zinc oxide for protection against eye damage.

What do chemists at Nasa do?

Nasa chemists are the inventors of chemical materials like adhesives, polymer plastics and propellants; the studiers of processes like fusion and fission; the discoverers of breakthroughs in anything from the composition of astronomical objects to the universe’s chemical origins; the advisors for space missions; the monitors of key Earth events like climate change; and the pursuers of new astronomical life. There are also chemical engineers at Nasa who develop, among others, thermal control technologies vital for any spacecraft and prototypes for processing the surface and atmosphere of the moon and Mars.