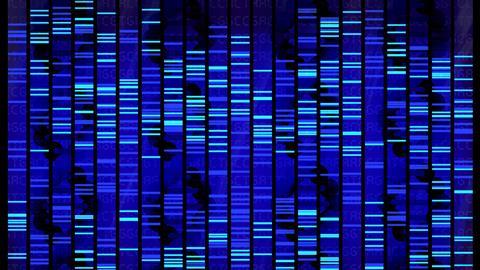 MinION nanopore sequencer fills in gaps in our knowledge of genome

A pocket-sized DNA sequencing gadget has been used to produce a complete readout of the human genome and has filled in some of the known gaps in the code.

The MinION device is just 10cm long and works by feeding strands of DNA through nano-sized protein pores, which have an electric current applied across them. The current changes as the four different DNA bases pass through in different combinations and these variations are used to determine the sequence. It has been available to scientists since 2014, though it is usually used to process shorter sequences such as the genomes of bacteria and viruses.

But recent improvements to preparation techniques and software mean it is now able to deal with more data. A group of labs led by Matthew Loose at Nottingham University in the UK used dozens of microfluidic devices connected to a MinION to sequence the genome of a line of human white blood cells called GM12878. As well as processing the entire genome with 99.8% accuracy, they were able to fill 12 of the gaps in our record of the genome.

Most sequencing techniques involve breaking the DNA into sections, sequencing these and piecing the resulting code back together. Even in the most complete version of the human genome we have, there are gaps due to large numbers of repeated bases or short sequences that are difficult to put in order.

But the MinION sequencer is capable of processing extremely long sections of DNA, more than 800,000 base pairs long, so the researchers were able to resolve some of these uncertainties. They were also able to detect epigenetic changes such as DNA methylation because they could work with DNA samples that had been prepared without using PCR.

The team says the use of a portable device raises the possibility of ‘point-of-care genomics’ in future.