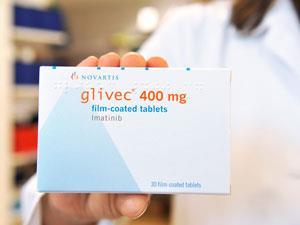 The company described the decision as a setback for patients that will hinder medical progress for diseases without effective treatment options. ‘We strongly believe that original innovation should be recognised in patents to encourage investment in medical innovation,’ said Novartis India’s managing director Ranjit Shahani.

The court’s decision met widespread dismay in industry. John Castellani, chief executive of US trade organisation PhRMA, described the decision as disappointing. ‘[It] marks yet another example of the deteriorating innovation environment in India,’ he said. ‘In order to solve the real health challenges of India’s patients, it is critically important that India promote a policy environment that supports continued research and development of new medicines for the health of patients in India and worldwide. Protecting intellectual property is fundamental to the discovery of new medicines.’

However, it was welcomed by humanitarian organisations such as Médicins Sans Frontières (MSF), which said that Indian law is designed to prevent drugs’ patent protection being extended through formulation modifications, and this was a ‘major victory’ for patient access to affordable medicines. ‘This is a huge relief for the millions of patients and doctors in developing countries who depend on affordable medicines from India,’ said MSF’s international president, Unni Karunakara.

Before 2005, only manufacturing processes could be patented in India, not molecules. The result was a very strong generics industry, built on the skills of chemists who developed new ways to make drugs without infringing pharma companies’ process patents. Product patents were introduced so that India complied with the World Trade Organization’s Trade-Related Aspects of Intellectual Property Rights Agreement, or TRIPs.

However, numerous western pharmaceutical companies have struggled to patent their drug molecules in the country; for example, Pfizer was granted a patent for anticancer agent Sutent (sunitinib) in 2007, but this was revoked last year. Merck & Co is currently also suing Indian firm Glenmark over generic versions of its diabetes treatment Januvia (sitagliptin) and Janumet (sitagliptin plus metformin). The high court in Delhi has allowed the suit to proceed, but denied Merck an injunction to prevent Glenmark from selling its generic versions in the meantime. And even when patents are granted, India’s government can override them by issuing a ‘compulsory license’, as happened with Bayer’s anticancer drug Nexavar (sorafenib) last year.

Indian law requires certain pharmaceutical inventions to show ‘enhanced efficacy’, thus greatly limiting pharma companies’ ability to obtain patents on molecules, especially those that were already patented elsewhere before India introduced product patents. ‘Not only is this term unclear, but it goes far beyond the specific requirements of patents under TRIPs,’ Pfizer’s chief IP counsel Roy Waldron told a US Congress trade subcommittee meeting on US–India trade relations in March. ‘Moreover, by discriminating against a particular field of technology, it may be inconsistent with TRIPS, which sets one standard for all patents and does not allow different patent requirements for different industries.’

A problem of polymorphs

If a molecule can form more than one different crystal lattice, these are called polymorphs. The Indian court said that because the patent was claiming a new polymorph of the drug, it did not enhance efficacy, despite Novartis’ assertion that the new form is thermodynamically more stable and less hygroscopic, and thus is easier to process and more stable on storage.

It is still impossible to predict whether all polymorphs have been found, or which is the most thermodynamically stable. Abbott fell foul of this in 1998 with the HIV protease inhibitor Norvir (ritonavir), when a new crystal structure suddenly and unexpectedly formed in production. As a result, the oral bioavailability of the drug dropped.

‘However many studies you do, you can never be sure you have found that one condition that could trigger the formation of a new polymorph,’ explains Chris Frampton, chief scientific officer at SAFC Pharmorphix. ‘It might be as simple as a nucleation point within a flask, say, or a different impurity in a solvent from a new supplier. Crystal structure remains very difficult to predict, particularly for large, flexible molecules like pharmaceutical actives. The fact that we cannot predict a crystal structure and all its inherent properties downstream means that polymorphs are not obvious – and therefore should be patentable.’

Obviousness is a common reason for a patent application to be denied, even in the US and Europe. At the end of March, the US Patent and Trademark Office rejected an appeal by Boehringer Ingelheim against its refusal to patent the mesylate salt form of the thrombin inhibitor Pradaxa (dabigatran). It claimed it was an obvious step – if a drug molecule has poor solubility and an ionisable centre, one would automatically try a salt form.

There is a limited number of pharmaceutically acceptable salt formers, and the pKas of the drug and salt former have to be compatible, so only perhaps two or three salt possibilities exist for any drug. ‘If you also claim a crystalline form, I would argue that it’s not obvious as the crystal structure is not predictable,’ Frampton says. ‘It should be patentable – the properties of that crystal are not predictable or obvious, either.’