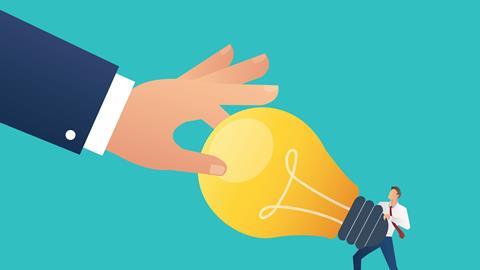 The Indian government has responded to calls to take stricter measures to tackle scientific fraud. It has unveiled a raft of regulations to deal with rampant plagiarism in academia and promised to crackdown on predatory journals. This comes on the back of a number of high profile cases of plagiarism and misconduct.

Numerous cases of scientific misconduct are reported in India every year, some involving high-profile scientists. In one recent case, more than a dozen papers by two nanoscientists at the Indian Institute of Technology (Indian School of Mines), Dhanbad, were retracted earlier this year over manipulation of images. Another 50 of the team’s papers have been flagged as suspect.

T A Abinandanan, who teaches materials engineering at the Indian Institute of Science, Bangalore, analysed 69 retracted papers by Indian authors between 2001 to 2010. He found that 44 papers were retracted as a result of plagiarism and one due to falsification – genuine errors and other unknown reasons for withdrawal made up the rest.

India’s research output has increased substantially over the last decade. Government data shows that the number of published papers has jumped from 62,955 in 2009 to 106,065 in 2013 – a 68% rise. This explosion in publications has led to fears over the quality of research and fraud.

Last month, India’s higher education watchdog, the University Grants Commission (UGC), introduced new regulations to counter widespread plagiarism in academia. The new rules call for universities to make greater use of plagiarism checking software and educate their students on academic integrity. Tapasya Srivastava, an assistant professor at the department of genetics in Delhi University, New Delhi, welcomed the regulations. ‘Plagiarism happens because many smaller universities don’t make it mandatory for students [or] researchers to run their manuscripts by anti-plagiarism software,’ says Srivastava. ‘At least the new regulations will enforce that practice.’

The regulations have categorised plagiarism into four types. If 10% of a manuscript is plagiarised, that qualifies as the least serious offence, while papers containing 60% or more plagiarised material are considered the most serious offence. No penalties would be levied on researchers whose papers contain 10% or less plagiarised material. But if a paper is found to be in the most serious plagiarism category, a student could be removed from their course and a researcher would be required to retract their paper. There would be other repercussions for researchers: they couldn’t receive a pay raise for two years or be allowed to supervise a students’ dissertation for three years.

These regulations have attracted derision from scientists. ‘It’s absurd to reduce plagiarism to a high-school formula,’ says Kasturi Lal Chopra, former director of the Indian Institute of Technology, Kharagpur and president of the Society for Scientific Values, a non-governmental organisation that functions as India’s unofficial science watchdog. In many cases, even if only a couple of sentences are plagiarised, it could be a serious case of misconduct depending on how important those sentences are for the paper, he explains.

There are other problems with the regulations. ‘Unethical publication is not just about plagiarism,’ says Nandula Raghuram, dean of the school of biotechnology at Guru Gobind Singh Indraprastha University. ‘There is conflict of interests, authorship manipulation, data and image manipulation, cruelty to animals, and unethical practices in collecting data from humans in clinical trials.’ He added that perpetrators could get away with other types of misconduct because the regulations don’t cover them. Moreover, Raghuram points out that many research behemoths such as the Council of Scientific and Industrial Research, which contributes close to 7% of all published research in the country, are not regulated by the UGC.

Currently, the UGC maintains a white list of around 26,000 journals on its website. Universities hire for many positions based on publication in these journals. However, a recent analysis found that 88% of the journals approved by the UGC were of poor quality. Many of the publications assessed did not include such basic details as the names of editors and some provided incorrect information about their impact factor.