Reactor shape can influence the behaviour of organotrifluoroborate compounds in Suzuki cross-coupling reactions, say chemists in the UK 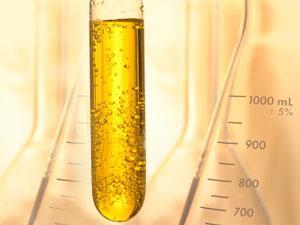 The shape of your reaction vessel can influence the behaviour of organotrifluoroborate compounds in Suzuki cross-coupling reactions, say chemists in the UK. The studies should allow chemists to predict how particular compounds will react and how to optimise their reaction conditions, and could influence industrial reactor design.

Suzuki-Miyaura cross coupling reactions, the subject of the 2010 Nobel prize in chemistry, are a cornerstone of organic synthesis. But the boronic acid reagents required are often difficult to make and unstable. Organotrifluoroborates are popular alternatives because they are usually stable, crystalline solids, which can hydrolyse to slowly release the active boronic acid under the reaction conditions. This makes handling easier and prevents the degradation and side reactions often seen when using boronic acids directly.

But as Guy Lloyd-Jones from the University of Bristol, UK, explains, the rate of that hydrolysis can have a profound effect on the efficiency of the overall reaction. And in some cases even the shape of the reactor and what it's made of can play a big part in determining that. 'In our initial studies, we noted that if we did reactions in round-bottomed flasks or Schlenk tubes compared to NMR tubes, then on some occasions we would see significantly different hydrolysis rates of the fluoroborates,' he says.

Key to working out what was causing this difference, Lloyd-Jones says, was the realisation that there are two hydrolysis mechanisms - a slow direct pathway and a much faster one that requires acid catalysis. However, most Suzuki reactions are done in the presence of a base, which presents something of a paradox. 'The basic reaction conditions will strongly inhibit the acid-catalysed pathway,' he says. But, says Lloyd-Jones, these reactions are also usually done in a mixture of an organic solvent - such as tetrahydrofuran - and water. Normally these are completely miscible, but when an inorganic base like caesium carbonate is added, it can cause a tiny proportion of the water phase to separate out. 'Sometimes it looks like a slight haziness; sometimes the small droplets coagulate and stick on the vessel wall or the stirrer bar, but because it's colourless it can be very hard to see,' he adds.

The team analysed the separated water phase and found that the majority of the base had partitioned into it. This leaves the organic part much less alkaline and explains the vessel shape-dependence. 'The rate at which the phases mix dictates the rate that base can exchange between the split phase and the bulk,' says Lloyd-Jones. When the boronate starts to hydrolyse by the slow direct pathway, it produces hydrofluoric acid. If that's not mopped up by the base in the bulk phase, or the transfer of more base from the water phase isn't fast enough, the pH drops and the acid-catalysed hydrolysis pathway takes over, which leads to fast hydrolysis.

'So the hydrolysis rate depends on how effectively you stir,' says Lloyd-Jones. 'We found tremendous differences between Schlenk flasks with pointed bottoms compared to round bottoms, for example, even though they were half full.' This is because the split water phase sits in the point of the flask, so the base can only move into the bulk solution slowly and is quickly overcome by the acid.

By combining their results with calculations of B-F bond stabilities, the team came up with three general classifications to predict the speed of hydrolysis. Alkyl trifluoroboronates tend to hydrolyse rapidly by the direct pathway, releasing the boronic acid completely within a few minutes. Lloyd-Jones points out that this rarely   leads to problems with side reactions as these boronic acids are usually stable in solution. However, the rapid hydrolysis can release quite large amounts of HF quite quickly, which can corrode glassware if the buffering from the base is too slow. 'That's not really a problem with a round-bottomed flask - you can just throw it away,' he says, 'but in an industrial glass-lined reactor it can be more serious.'

For electron-rich aromatic trifluoroborates, the balance is quite fine between having fast enough hydrolysis for the reaction to proceed at a useful rate, but not being so fast as to overcome the buffering power of the base and release the more unstable boronic acids into solution. 'They can be quite twitchy,' warns Lloyd-Jones. The third class, which tends to include electron-poor aromatics hydrolyse very slowly, which can lead to long reaction times and potentially problems in terms of catalyst decomposition.

Marty Burke, who has developed a range of alternative boronates for cross-coupling at the University of Illinois at Urbana-Champaign, US, calls the paper 'an absolute tour de force'. Given the importance of this class of reactions, he adds that 'advanced understanding of the impact of phase-separation of different reacting components is particularly striking and may have important implications for many other types of multi-phase reactions.'