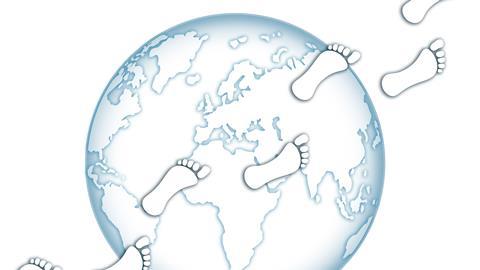 A team of researchers and engineers in France has developed a tool to allow labs to work out their carbon footprint. The open source GES 1point5 enables labs to calculate the carbon dioxide emissions from heating, electricity and refrigeration; vehicles; professional travel for field work or conferences; commuting, as well as the purchase of digital devices. This includes the manufacturing of digital devices but doesn’t yet cover emissions from digital devices outside the laboratory, such as cloud servers.

The calculations can be made for a lab as a whole and individual researchers, with the data presented according to internationally recognised standards. Over 500 labs in France, covering thousands of researchers, have used the tool, which is being continually updated based on their feedback. As an individual scientist or laboratory might not have any sway over, for example, the heating source of a building, the ever-expanding database is being used to try to influence decisions at national institutions. The average carbon footprint of a French lab was 479 tonnes of CO2 equivalent per anum, while the figure for an average lab member came in at 3.6.

‘Data is one of the biggest achievements so far. The database is packed with information to understand what’s going on, and how we can decrease our footprint based on facts, not based on opinions,’ says Tamara Ben Ari, a researcher at the French National Institute for Agriculture, Food and Environment.

In its next iterations the team want to tackle emissions from the use of shared infrastructure such as particle accelerators, or supercomputers. ‘We want to have the order of magnitude of the contribution of research infrastructure to the overall carbon footprint of research but also so that we can make choices,’ adds Ben Ari. But ‘calculating the [emissions] contribution of one hour of use of photon microscopy is a huge task’. The project also aims to calculate the emissions of other goods and services such as chemical solvents used in labs. This is complicated by the lack of information on their manufacturing and supply chains, so the group is exploring estimating the carbon content of an item based on its price.

Ben Ari says the group is talking to researchers in the UK, US and Germany about using the tool. In theory, it can be adapted for any country, but first researchers will have to calculate the emissions intensity of the electricity system that powers their lab. In France this is fairly stable, as the country relies predominantly on nuclear power, whereas in the UK it varies according to how much renewable energy is available. This year the emissions intensity of the UK grid has varied from 143g CO2/kWh to 257g CO2/kWh.

Mark Ormerod, deputy vice-chancellor at Keele University and a member of UK Research and Innovation’s cross council sustainability advisory group, welcomes the footprint tool. ‘The more people that focus on the environmental sustainability of laboratory-based research, the more rapidly it will advance in terms of quality and transferability of data.’ It may also aid discussions on where to put emissions reduction efforts. ‘Having a sense of the things you can do to make a tangible difference as opposed to things that are more marginal.’