Lack of planning has hamstrung the UK's science base 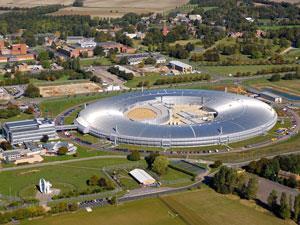 The current system of funding and management are not making the most of the UK’s science facilities and if the the country is to remain internationally competitive changes are urgently needed, the House of Lords has warned. In its latest report the Lords select committee on science and technology highlighted concerns about the country’s science infrastructure and called for the government to set up a long term strategy and investment plan.

The report noted that the UK possessed internationally renowned facilities such as Diamond Light Source synchrotron facility and the Wellcome Trust Sanger Institute. But it warned that the UK lacked any kind of long-term strategy on infrastructure, unlike competitors such as Germany, China and the US.

‘In the UK the parties and politicians have taken a short term view, and the mechanisms of decision making tend to be relegated down to research councils,’ says Lord Krebs, who chairs the committee. ‘But some of these investments have to be planned 20 years ahead, so we really need to take a more strategic view.’

The report says the government’s Department for Business, Innovation and Skills should put together a 15–20 year strategy for UK science infrastructure, and appoint a committee to oversee its implementation.

Keeping up with the costs

The Lords also criticised the recent patchy nature of funding for infrastructure, saying the strategy would have to include a detailed investment plan, ideally with a ringfenced budget. ‘Following the large [capital budget] cut in 2010 the picture has to some extent been restored,’ says Krebs. ‘We are nearly back to where we should have been on a flat-cash basis, but it’s not been restored in a way that’s taken an overall strategic view, rather a set of piecemeal announcements of what took the government’s fancy at certain moments in time.’ As a consequence, he says, there has been a tendency to build large pieces of equipment without considering the long term running costs, and some facilities are not being used efficiently. For example, the ISIS neutron source in Oxfordshire has been running below capacity for years because it cannot cover its electricity costs.

‘It’s ludicrous to have this equipment and then not be able to meet the running costs,’ says Jennifer Rohn, chair of campaign group Science is Vital. ‘It’s frustrating as a researcher to have this beautiful set up that we can’t use because we can’t turn the lights on, or there’s no one to operate the equipment.’
The committee welcomed the government’s recent announcement to increase the capital budget to £1.1 billion, but said more had to be done to address the disconnect between capital and operational costs. ‘There has to be an iterative cycle between investment in infrastructure and investment in operational costs,’ says Krebs. ‘I don’t think it will be easy, but that’s not to say it shouldn’t be done.’

Think tanks and scientists have welcomed the report’s recommendations, but whether the government will adopt the report’s recommendations and set up a strategy and remains to be seen. Sarah Main, director of the Campaign for Science and Engineering (CaSE), says the government needs to create a plan for nation’s infrastructure as soon as possible. ‘The commitment to £1.1 billion capital per year is a real opportunity for government think strategically about the areas we really want to develop and become world leaders in,’ she says, but adds that current pressures on the resource budget ‘should not be underestimated’.

Krebs says appointing a group to build the strategy should be treated as a priority. ‘If that recommendation is not accepted the committee will be very disappointed,’ he says. ‘I can see no reason why the government would object to it.’

Rohn agrees that setting up a strategy may be straightforward, but says sticking to the plans may prove difficult in the long run. ‘It’s hard to make these commitments when you have governments that shift,’ she says. ‘[The government] really need to look at other countries where it’s actually working well and see whether it could work for us.’