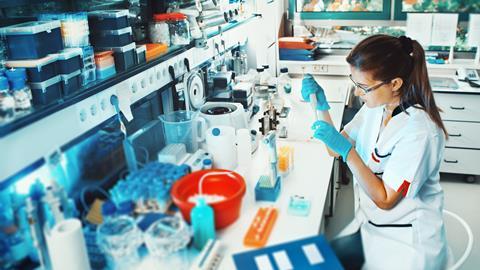 The US National Academies has concluded that current policies to tackle sexual harassment in academic science, engineering and medicine have failed. It is now recommending that universities and government funding agencies go further to root out the problem. The organisation, which is itself under fire for failing to root out sexual harassment from in its own ranks, says such behaviour can damage the integrity of research as much as scientific misconduct.

Prompted by concerns that sexual harassment at research universities is eroding the US’s pipeline of female scientists, the National Academies launched its study two years ago. The resulting report, released on Tuesday, criticises the policies normally used to handle sexual harassment in university science departments and labs as merely aiming for symbolic compliance with the law to avoid liability.

The National Academies cite results from a survey of graduate and undergraduate students at the University of Texas, which revealed that about 20% of female science students, more than a quarter of female engineering students and more than 40% of female medical students reported sexual harassment by faculty or staff. A similar survey conducted by Pennsylvania State University indicated that faculty or staff were responsible for harassing a third of female undergraduates and 43% of female graduate students across all disciplines. The figure was 50% for medical students.

Among the National Academies’ recommendations is that government agencies should devote at least the same level of attention and resources to sexual harassment as to research misconduct. The organisation wants increased collaboration among offices that oversee research integrity to provide more resources for handling complaints and handing down sanctions to researchers found guilty of sexual harassment.

The report further suggests that university officials should be required to inform government agencies when grantees from their institution violate sexual harassment policies. The committee urges the US Congress and state legislatures to outlaw confidential settlement agreements and allow lawsuits to be filed directly against an alleged harasser – rather than just their institution.

‘Too often, sexual harassment policies and training efforts are narrowly focusing on meeting legal requirements and avoiding liability. Instead, academic and professional organisations need to create a climate that prevents harassment from occurring in the first place,’ McNutt said. ‘The report is being released at the right moment in history to confront these issues and take action that will stop harassment at academic and research institutions around the nation.’

Many researchers and science advocates agree that the report represents an important milestone in that it acknowledges that a cultural shift and systemic changes are needed to address sexual harassment in academic science. BethAnn McLaughlin, an assistant professor of neurology and pharmacology at Vanderbilt University, US, supports the report’s focus on protecting the victims of sexual harassment, above the reputation of their institution or harasser. ‘This is a huge step forward,’ she says. ‘Right now, women are vilified and their careers are far too often destroyed – and they are viewed as troublemakers – but the report is very clear that these people should be held up as being courageous and standing for values that the scientific and academic communities hold to be important.’

However, there is also disappointment that the National Academies did not go further and commit to expelling members found guilty of such behaviour. McLaughlin launched a petition prior to the report’s release, demanding that the NAS revoke the membership of individuals who have been sanctioned for sexual harassment.

At the 12 June briefing, NAS executive officer Bruce Darling wouldn’t commit the National Academies to this action. ‘Our three presidents have raised with the councils – those are the governing boards of their respective academies – the issue of whether we should adopt codes of conduct, and if so what the consequences for failing to live up to those codes of conduct would be,’ he said. However, Darling explained that such a change would require all the members of each of the three academies to vote on the issue.

McLaughlin is sceptical. ‘We know of at least five people who are in the National Academy of Science who have decades-long histories of retaliations, sexual assaults and harassment,’ she tells Chemistry World. ‘This is the highest honour that we bestow on a scientist and for women to have to face these men and to know that they are still participating in executive-level decisions is reprehensible.’

The National Academies’ report comes just a day after the Salk Institute announced that it had accepted the resignation of star cancer biologist and gene therapy pioneer Inder Verma, after investigating sexual harassment allegations against him. Verma had served as editor-in-chief of the NAS journal Proceedings of the National Academy of Sciences of the United States of America since 2011, but was placed on leave in January after being named in a lawsuit.