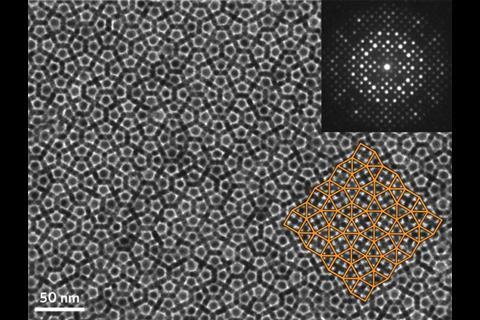 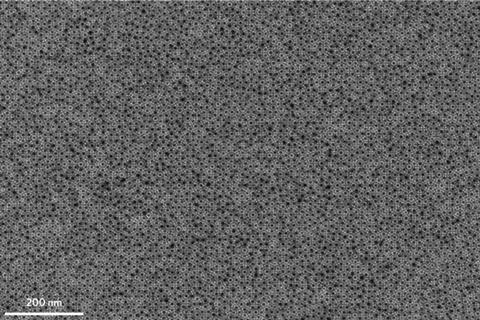 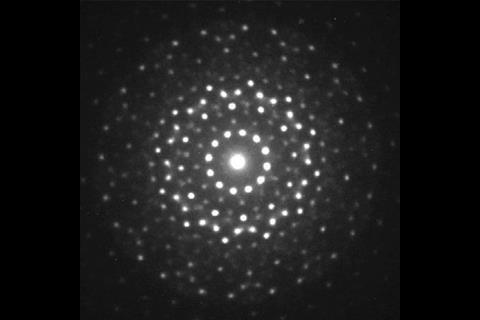 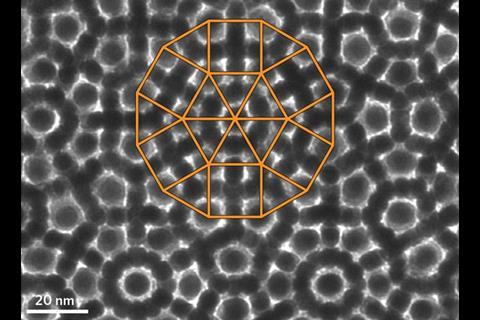 Scientists from the US and China have developed a series of colloidal materials, whose quasicrystalline structures display greater complexity than those of previous systems.

Quasicrystals are structures that are ordered, but lack continuous symmetry. They were first reported in 1982 by Dan Shechtman, who later won the 2011 Nobel prize in chemistry for his discovery.

Now, a team lead by Sharon Glotzer of the University of Michigan and Christopher Murray of the University of Pennsylvania, have slowly dried binary solutions of nanocrystals, to produce elaborate quasicrystalline frameworks. The superlattice materials possess screw symmetry across multiple layers. This means that the overall 12-fold rotational symmetry of the structures is broken into sub-layers, each formed of a random tiling of rectangles and small and large triangles, with six-fold symmetry. The team controlled the formation of the quasicrystals by selecting pairs of nanocrystals with appropriate size ratios.

The three-dimensional structures of the materials were analysed using electron tomography and direct imaging of the surface topography.