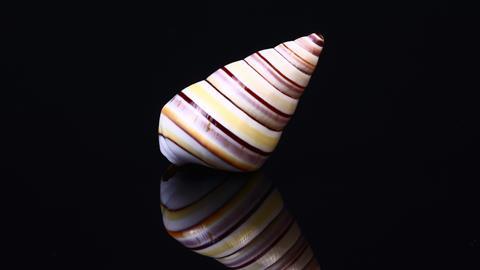 Life’s handedness could have arisen spontaneously on Earth

The way in which chemical systems adapt to an energy source can lead to spontaneous chiral symmetry breaking, according to new findings from researchers in South Korea. The discovery could help explain the origins of biological homochirality – the phenomenon where many biomolecules exist solely as one enantiomer in nature.

Compounds like amino acids and sugars are essential for life, forming the building blocks of peptides, enzymes and nucleic acids. But in nature amino acids are almost always produced in their left-handed chiral form, while sugars are exclusively right-handed. This chirality is imparted into many other biomolecules, but its origins on the early Earth remain an enigma.

Various theories have suggested that the origin of life’s homochirality could rest with polarised radiation, temperature gradients, kinetic resolution, or simply the direction in which reaction components are stirred.

William Piñeros and Tsvi Tlusty from the Institute of Basic Science, Ulsan, and Ulsan National Institute of Science and Technology wanted to know whether the way in which energy is exchanged and consumed could induce asymmetry in a complex chemical system.

‘This question is very natural when considering an engineered system like a car’s engine, where we understand that the system’s configuration – the arrangement of axels and pistons – affects how efficiently it can harness an energy source,’ says Tlusty. ‘But the same ideas also apply to random chemical networks: certain configurations of these networks match better than others to the energy source and thereby can exploit it much more efficiently, which further generates matched configurations and so on in a reinforcing loop.’

To illustrate this idea, Tlusty gives the example of a photo-induced chemical reaction whose products dissolve light-obscuring products in a murky pond. As the reaction proceeds, the light intensity in the pond will increase and so the rate of the reaction will accelerate.

Piñeros and Tlusty developed a theoretical model to simulate whether this type of reinforcing loop could push a chemical system towards single-enantiomer products, without the product molecules themselves directly catalysing the process.

‘We observed that a random chemical network – starting from a completely symmetric state where the numbers of left- and right-handed enantiomers of all molecules are the same – could suddenly switch into an asymmetric state with a strong bias towards one of the enantiomers,’ says Tlusty. ‘Importantly, this symmetry breaking requires strong environmental forcing but no autocatalysis, as previously assumed.’

Tlusty highlights three wider impacts of the finding. ‘First, asymmetric chemical synthesis of chiral molecules may be induced by tailoring energy exchange,’ he says. ‘Second, in the context of early-life scenarios, homochirality might emerge due to an energy-harnessing advantage over racemic competitors.’ Finally, Tlusty notes that the symmetry-breaking mechanism is general, and so could be applied to other features of chemical products besides chirality.

‘The complete breaking of chiral symmetry in certain classes of self-replicating biological molecules at the dawn of life necessitates non-equilibrium autocatalysis, but until now, the precise way that external environmental drives couple to the nascent biological system has been something of a mystery,’ says the University of California, San Diego’s Nigel Goldenfeld, an expert on the theory of living systems and non-equilibrium statistical physics.

Goldenfeld notes that an ‘unexpectedly cool finding’ from the study is that homochirality only arises when particular conditions are met that match with the environmental energy source. ‘Until this adaptive feedback mechanism gets underway, homochirality does not emerge in their model,’ he says. ‘This is very plausible, and suggests that the generic features of living matter arise spontaneously through rare fluctuations that then react back on to reaction networks to stabilise the highly dissipative conditions that allow strong coupling with the environment.’

Piñeros and Tlusty’s results ‘add detail and nuance’ to earlier research on homochirality ‘but now in a much more complex model network of reactions’, says Goldenfeld. ‘The significance of all these theoretical studies is that they provide a basis for inferring that homochirality is a true biosignature, not an accident, and so is a valid way to infer the presence of life if homochirality and not merely enantiomeric excess can be detected in planetary surveys,’ he adds.